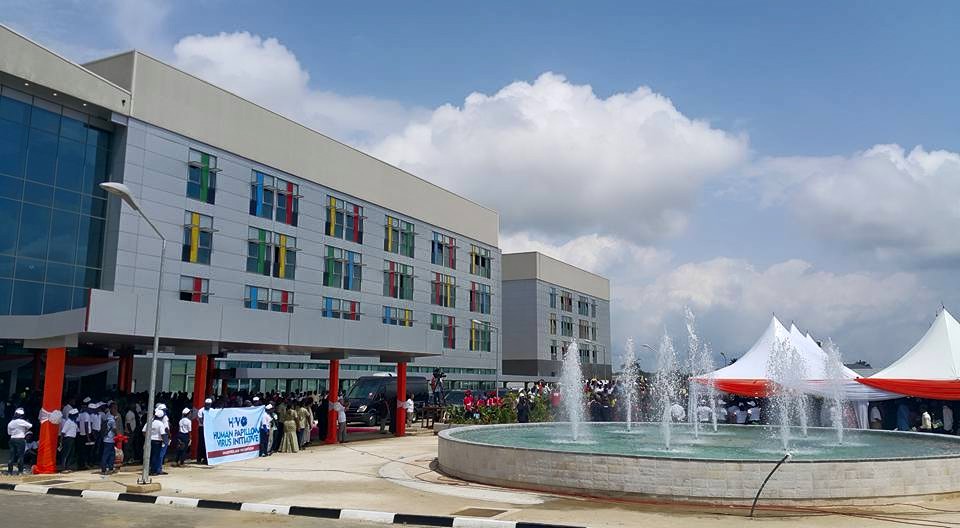 The Senate Minority Leader, Godswill Akpabio, has travelled out of Nigeria for medical treatment abroad after sustaining injuries in a car crash Monday.

The lawmaker left for the United Kingdom aboard a private jet Tuesday, government sources said.

Mr. Akpabio, who is the immediate past governor of Akwa Ibom State, was initially treated at the national hospital, Abuja. His car had collided with a United States embassy vehicle after beating the traffic.

Akwa Ibom government sources said the former governor preferred to seek medical help overseas than do so at a N30 billion hospital he opened shortly before leaving office in May.

Unveiling the facility in Uyo, the Akwa Ibom state capital, in May 2015, Mr. Akpabio had told Nigerians the hospital was of world-class specialist standard with ultra-modern medical facilities that would attract medical tourism to state.

“We lose billions of dollars every year to medical trips abroad. We have also lost a lot of people, not because we don’t have the expertise in the country,” Mr. Akpabio said during the commissioning of the hospital.

“We needed a hospital that can run at international standard. We also decided to have a hospital that would answer to the needs of Nigerians in terms of advanced health management. And that was why we built the Akwa Ibom Specialist Hospital,” he said.

He said the hospital was higher than a teaching hospital, and that it was a “quaternary hospital”. The governor said the entire hospital system was hooked up to the global system for best practice.

“We are starting it with about six modular theatres with equipment, that if for instance you are doing a cardiological investigation on a patient, cardiologists from around the world can hook up to the theatre and see real time what is going on and make their contributions to the examination and operation,” he said.

Mr. Akpabio also noted that instead of rich Nigerians and other nationals of West African countries to go abroad, it would be easier to visit the Uyo hospital.

“Sometimes, people die in the air while being transported abroad for treatment. We wanted to shorten travel time for patients going abroad and at the same time get revenue for the state from health tourism,” he saoid.

“It is a beautiful concept, it is also very big. It is comfort combined with excellence. We have about 380 suites and so many operating wards. We are starting with 150 expatriates all at once. We are in agreement with a Swiss hospital group and an Arab healthcare group in partnership with Cardio Care in Lagos, which is a group of cardiologists.”