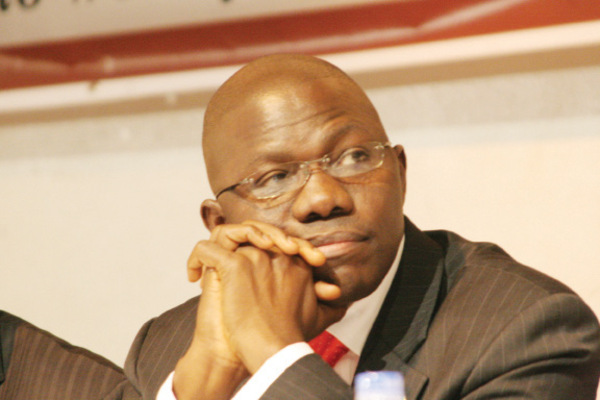 A former Minister of State for Finance, Remi Babalola, on Tuesday proposed the expansion of the whistle blowing and fraud protocols by the Economic and Financial Crimes Commission, EFCC, to include payment of 10 percent of the total value of undeclared assets by public officials to whistle-blowers/informants, if successfully prosecuted.

Mr. Babalola said public asset declaration should be made compulsory for all principal officers in the executive arm of government, from the president to the ministers, permanent secretaries, directors-general, and heads of parastatals and agencies to curb the alarming rate of corruption in the country.

Besides, the former minister urged the Federal Government to ensure that state-owned oil corporation, the Nigerian National Petroleum Corporation, NNPC, publishes its audited accounts and quarterly statements like all listed companies on the Nigerian Stock Exchange, NSE.

He was presenting a paper titled “Achieving the Nigeria of Our Dream: The Responsibility of Professional Accountants”, at the opening of the 45th Annual Accountants Conference of the Institute of Chartered Accountants of Nigeria, ICAN.

The former minister, who is the Chairman/Chief Strategist of Alternative Capital Partners Limited, attributed the alarming rate of corruption in the system to the culture of impunity that had been entrenched in the country.

“Our culture of impunity is the bane of the entrenched corruption in our society. The value destruction and corruption undermine any economic development or social change we may aspire for our nation,” Mr. Babalola said.

“Mismanagement and misallocation of resources, coupled with an unprecedented level of corruption have been at their highest in the history of our nation in the last six years. Performance or success in public space was measured by the conversion rate of public funds into private accounts. It looks as if democracy has been substituted with kleptocracy,” he added.

Expressing regrets that the NNPC’s core competence had been reduced to importation of refined petroleum products and payment subsidies to bogus oil marketers, Mr. Babalola wondered why it was so difficult for it to compete with its contemporaries, like PETROBRAS of Brazil and PETRONAS of Malaysia.

“It is counter intuitive that we deliberately ensure that receipts and proceeds into the nation’s treasury are not accounted for. Such has been our contempt for process transparency that an incumbent governor of an operationally and legally independent central bank, who publicly alerted the nation, was forced out of a fixed tenure,” Mr. Babalola said.

On the recent Federal Government’s bailout for the States, the former finance minister advised that it should have been done in line with Section 41 of the Fiscal Responsibility Act, pointing out that as good a gesture as it was, it may impose a moral hazard on the states to continue with financial recklessness leading to financial insolvency.

Why are we borrowing to pay salaries in stark violation of Section 41 of the Fiscal Responsibility Act?” he queried. “Rescuing the States is a necessary gesture, but how and on what terms is ‘business as usual’?”

He said each state should have been treated as separate entities with peculiar conditionalities, adding that entities like ICAN and other professional bodies should have been involved independently to assess and recommend terms and conditions, just like Greece did.