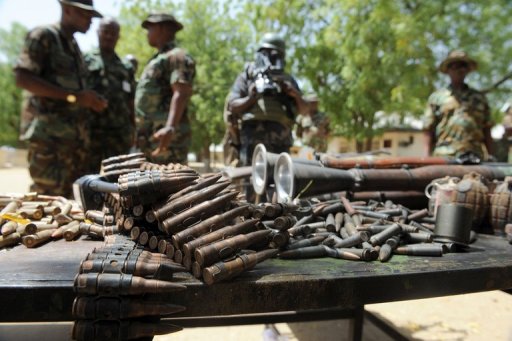 The Nigerian defence ministry has denied any role in arms purchase in recent years as the Buhari administration prepares to probe the deals.

The permanent secretary, Ismaila Aliyu, said the ministry was not part of efforts by the former Jonathan government to source weapons to confront the militant group, Boko Haram.

President Buhari had on Monday ordered a probe of all procurement of hardware and munitions for the armed forces since 2007.

The government said the review will identify irregularities and make recommendations for streamlining the procurement process in the armed forces.

Speaking to journalists Thursday after briefing the president, Mr. Aliyu said the procurement of arms in recent years was handled by the armed forces.

“At the end of this we hope to have procurement that will be value added, cost effective and will meet our needs both locally and internationally,” he said.

Mr. Aliyu said the president was happy with the operations of the ministry.