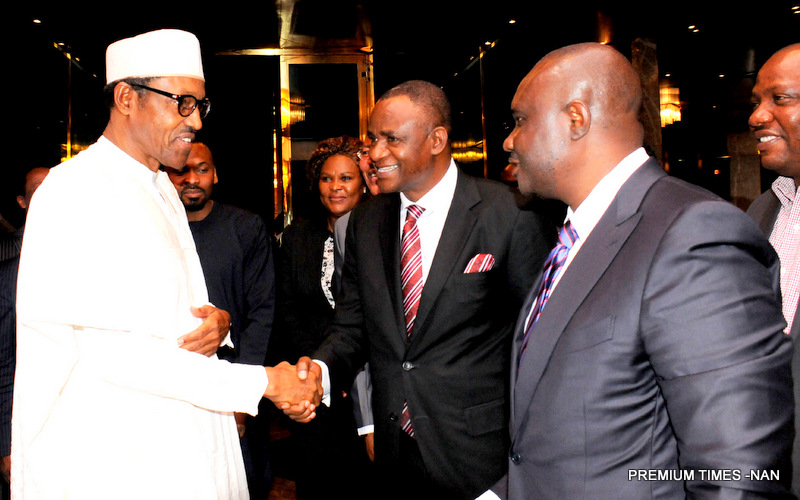 The Managing Director of the Niger Delta Development Commission, NDDC, Dan Abia, Wednesday, has denied that N183.7 billion is missing from the coffers of the commission as stated in a government audit report.

The Auditor General of the Federation, Samuel Ukura, had last week said that N183.7 billion was missing from NDDC accounts.

Mr. Ukura said an audit showed that the money had been diverted by the commission.

When challenged by the commission’s Executive Director, Finance and Administration, Henry Ogiri, Mr. Ukura said his office stood by the report and directed those not satisfied to be prepared to defend their position before a special committee of the National Assembly.

But Mr. Abia, who spoke with journalists after briefing President Muhammadu Buhari on the activities of the NDDC, said the auditor general’s claim was untrue.

He said although he was not the commission’s managing director during the period reviewed by the auditor general of the Federation, he was ready to defend the commission with available records.

“Let me assure you that even by the admission of the auditor general, no N180 billion is missing. Because Advance Payment Guarantee, APG, as you know is governed by advanced payment directives.

“The office of the auditor general is a government agency. We shall engage the office and records will be straightened. I said even before the president that no N180billion is missing,” Mr. Abia said.

He added, “Let me also tell you that I cannot be a party to contract splitting. NDDC is a very unique institution, we have a budgeting process. Those people that are now crying, where were they when NDDC was not having project up till the end of the year.

“It is only proper that we should come and brief the president. I requested to meet Mr. President in my capacity as the managing director of the NDDC. I was not summoned as reported in the media.

“We briefed the president on our mandate. As far as the audited account of the NDDC is concerned, how many of us know that the audited account under reference is that of 2008 to 2012. I was not the managing director then. Let’s get that fact clear,” he said.

With a huge debt of about N1.5 trillion hanging over the commission, there have been allegations of multi-billion financial scams against the commission.

Tinubu breaks silence on attacks on Fashola, speaks on relationship with ex-Lagos governor