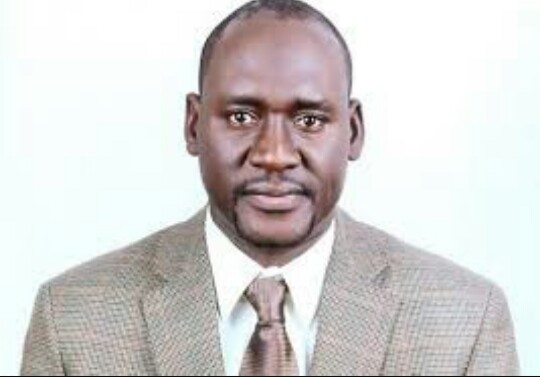 The current anti-corruption drive by the present administration may be derailed unless adequate protection was given to whistle-blowers, a coalition of civil society organisations working on transparency, accountability and good governance in Nigeria, have said.

The group said in Abuja on Tuesday that it was time the National Assembly considered the passage of the Whistle Blower Protection Bill as a matter of urgent national importance.

The passage of the Bill into law, the group said, remained one of the most potent tools that could be used to fight the menace of corruption in the country.

Although the group noted that freedom of expression is guaranteed citizens in the country’s Constitution, including speaking out where wrongful conducts and corrupt practices were observed, whistle-blowers have become endangered species, as they are perceived as disloyal and troublemakers.

Executive Director, Civil Society Legislative Advocacy Centre, CISLAC, Auwal Rafsanjani, who spoke on behalf of the group, said reporting misconduct has caused some employees to be victimized by their employers as well as fellow employees.

“Whistle-blowers are seen as troublemakers who are out to unveil all manner of corruption practiced in secrecy. Employees generally do not feel protected enough to come forward with information on misconducts and corrupt practices,” Mr. Rafsanjani said.

He drew attention to the plight of the Permanent Secretary of the Ministry of Niger Delta, Fatima Bamidele, who has been subjected to series of threats by unknown persons following her exposure of corruption and mismanagement of N803 million of public funds in the Ministry.

Mrs. Bamidele had, while briefing President Muhammadu Buhari recently bemoaned the lack of capital funding for the Ministry since August 2014 following the cut in the amount released by the Federal Government.

The action, she told the President, had resulted in several projects proposed for completion being stalled, resulting in the accumulation of huge liabilities by the Ministry.

Following the report, the Economic and Financial Crimes Commission, EFCC, swooped on the Ministry and arrested some staff, who have since been arraigned in court for fraud.

Apart from the threats to her life, Mr. Rafasanjani said the fraud network have been sponsoring series of campaigns of calumny through unsubstantiated allegations to damage Mrs. Bamidele’s reputation.

The CISLAC boss also said in August 2011 a staff of the National Women Development Centre, Abuja was dismissed from service for exposing the embezzlement by top officials of the N300 million allocated for poverty alleviation programme.

Similarly, he said an executive director of the Nigerian Communications Commission, NCC, was also sacked under controversial circumstances for allegedly disclosing information on corruption in the agency.

In 2014, the civil society activist said the exposure of wastefulness and mismanagement in the aviation sector attracted threats to his job and life from unknown persons.

He said the intensity and implication of corrupt practices in the country in recent times, had brought to the fore the importance of adequate protection for whistle-blowers, adding that the absence of an enabling legislation to protect whistle-blowers was discouraging sincere effort at exposing corruption.

“Unwarranted threats and unjustified removal of whistle-blowers from office is a serious factor contributing to atrocious illegalities and impunity by some individuals and accumulation in monumental fraud that retards socio-economic and political prosperity of the country,” he said.

“The resultant threats on well-being of person (s) that exposed high level corruption and abuse of office in Nigeria have re-established the immediate need for effective legal framework for whistle-blowing and the protection of whistle-blowers in all facets of our national life.”