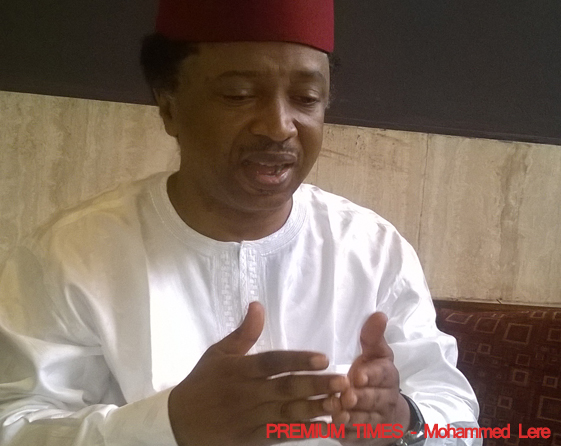 The senator representing Kaduna Central, Shehu Sani, on Sunday said the eighth Senate will give President Muhammadu Buhari full support and cooperation towards fighting corruption and insurgency in Nigeria.

Mr. Sani stated this while delivering a paper titled “The Role of National Assembly in the Development of Democracy In Nigeria” at an event organised by the Principal Partner of Advocate Chambers, Faculty of Law, Ahmadu Bello University (ABU), Zaria.

The senator described the National Assembly as “the engine room of democracy” as it makes the law that makes the system operate properly.

“Nigerians have been mis-ruled for many years due to bad governance. President Buhari has shown commitment in the fight against corruption, which the senate will give full support to see that corruption has been reduced to the barest level.

“Buhari has also shown commitment to the fight against insurgency, which the senate will also give all what is required to see that Boko Haram is defeated and Internally Displaced Persons (IDPs) are returned home to continue with their normal life,” he said.

He added that the fight against corruption and insurgency is a collective responsibility that everyone must support.

Mr. Sani also said the 8th Senate will look at the education sector, and increase their budgetary allocation so as to meet the standard of education globally. He described education as the bedrock of development and it reduces the social vices.

“It is unfortunate that due to bad system of education, the rich ones will take their children to Europe, Dubai, America and Malaysia.

“We will make sure that primary school, secondary and higher institutions are well restructured such that they can stand globally in giving them quality education.

“All my life I have been struggling for the masses and being a senator will not stop me [from championing their cause]. All I want to say is that no matter how powerful or rich you are, you should be equally treated,” he said.

The senator awarded scholarship to 30 students of the Faculty of Law – 15 to female students and 15 to male students – saying the beneficiaries of the scholarship should be from the less-privileged family and selected across the country.