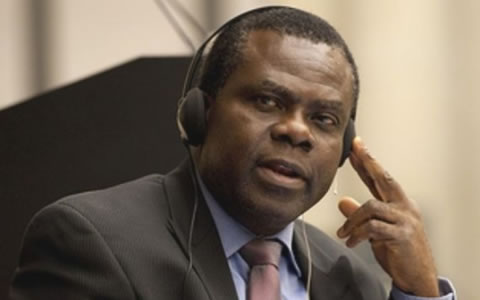 President Muhammadu Buhari on Thursday appointed Yahaya Gusau as Director General of the Budget Office of the Federation.

He replaces Bright Okogu, who was appointed to the office in 2007 and completed two terms of office.

Mr. Gusau’s appointment as DG of the Budget Office, is with effect from August 18, 2015 and is for a term of four years, renewable for another four years, unless he attains the retirement age of 60 years or completes 35 years of pensionable service.

He served as Special Adviser to the Minister of Finance (2004 to 2007) and also the pioneer Executive Secretary of Nigeria Extractive Industries Transparency Initiative (NEITI).

Although he worked hard to deepen openness and transparency about the Nigerian budget for years, Mr. Okogu will also be remembered for failing to make details of the 2015 budget public several months after the budget proposal was presented to the National Assembly.

Journalists and researchers also told this newspaper at the time they were denied the details, amid speculations the government deliberately refused to publish them online or in hard copies as done in past years, to avoid embarrassing reports and analyses.

EDITOR’S NOTE: This post has been updated to reflect the new information we received that Mr. Okogu was not sacked, but has left the Budget Office since June. We apologise for the mix-up.