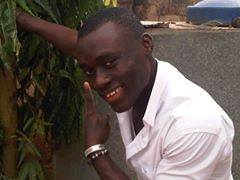 The accused persons, Awodeyi Adesola, 30; Adedeji Adekunle, 32; and Adepetu Olamilekan, 27, who had been dismissed by the police authorities over the offence, however pleaded not guilty to the charges brought against them.

The prosecuting counsel and a Police Principal Legal Officer, Dele Ogunyemi, told the court that the three accused persons unlawfully killed Badmus who gave up the ghost few minutes after leaving the police station where he was being tortured over the theft of a blackberry phone.

Mr. Ogunyemi told the court that the three officers, charged with manslaughter, committed the offence on July 21, 2014, at ‘B’ Division Police Station in Akure while they were still in the service of Nigeria Police Force.

According to him, the offence is contrary to section 317 and punishable under section 325 of the criminal code cap 37 Vol. 1 Laws of Ondo State of Nigeria, 2006.

He explained that Badmus was arrested by the police for allegedly stealing a BlackBerry mobile phone belonging to Bisi Adejuyigbagbe.

He said the young man was tortured and was teargased before he was released, but died on his way home.

Counsel to the accused persons, Steve Adebowale, prayed the court to grant bail to the three ex- police officers saying the accused were still innocent until the court determines the case.

The Chief Magistrate, Charity Adeyanju, granted the accused persons bail in the sum of N500,000, with two sureties each in like sum.

She also said that the sureties must reside within the court’s jurisdiction and also fill an affidavit of means with two recent passport photographs.

ANALYSIS: Oliseh’s first Eagles list | The good, the not so good