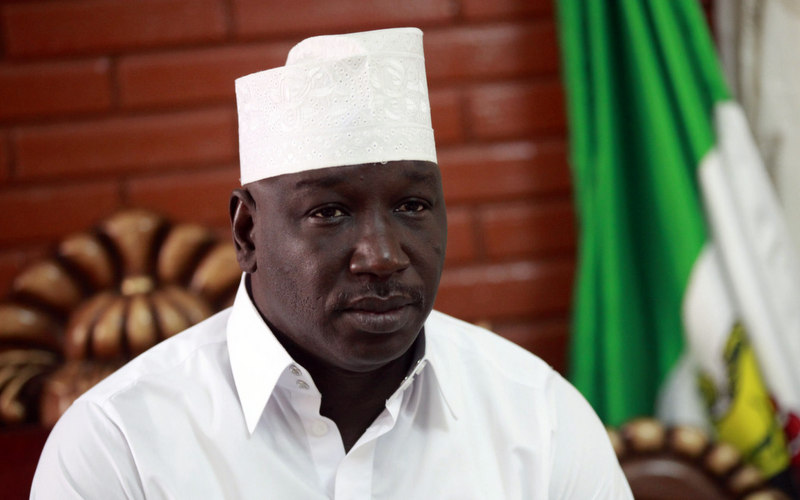 The deputy governor reportedly died in Yola, capital of the neighbouring Adamawa state, while on an official duty there.

Details of his demise has not been made known, but news about his death has sent shock waves across Borno state.

The state government is yet to confirm the report as Isa Gusau, the Special Adviser to Governor Kashim Shettima, did not answer or return calls seeking comment.

He is also yet to respond to a text message sent to him.

A PREMIUM TIMES correspondent in Yola was however told by an insider in the Adamawa State Government that the deputy governor passed on in his hotel room along Army Barracks road in the city.

The source said Mr. Zanna was found dead in his hotel and that his remains had been taken to the Federal Medical Hospital, Yola.

Telephone calls to the hospital’s spokesperson, Mohammed Dodo, did not go through.

This newspaper learnt that the deputy governor was to represent Borno Governor, Mr. Shettima, at the convocation ceremony of the Modibbo Adama University of Technology holding today (Saturday).

The deputy governor, who died at the age of 49, was a Naval personnel before he resigned in 1993. He became chief executive of a clearing and forwarding business he set up in Lagos.

He later joined politics with the return of democracy in 1999 and contested for the position of Chairman of Biu Local Government Council under the platform of the Peoples Democratic Party (PDP) but lost the contest.

He later became the Chairman of the National Library Board after the 2007 general elections, when he lost a contest as deputy governor.

He attempted running for the same deputy governorship ticket with Kashim Imam on the platform of PDP in 2011; but they both lost at the primaries.

He decamped from the PDP and formed an alliance with the ANPP that made him the running mate of incumbent Governor Kashim Shettima.

He re-contested the position in 2015 alongside Governor Kashim Shettima and won for the second term.

His associates say Mr. Mustapha would be remembered for his legendary loyalty to his boss, his bluntness in addressing issues, both private and public, and for his zero tolerance to failure in every assignment he is given.

Before his sudden death, he was appointed this year’s Amirul Hajj for Borno state pilgrims, a position he was handled in the past three years.

He was usually referred to as the most loyal and the most powerful deputy governors every produced in the annal of Borno state political history.

His last engagement in the state was the inauguration of the 2015 Amirul Hajj committee in his office on Wednesday before traveling to Yola, the Adamawa state capital, where he died peacefully in his sleep.

He is survived by his wife and three children.

How I cheated death 12 times – Obasanjo