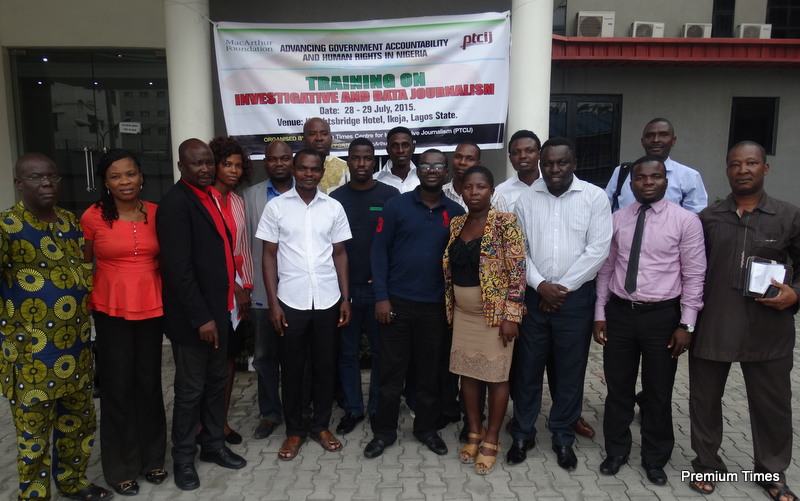 The PREMIUM TIMES Centre for Investigative Journalism‎ [PTCIJ] has conducted a two-day intensive training on investigative reporting for Nigerian journalists in Lagos.

Joshua Olufemi, the programme manager of PTCIJ, said the  training was planned to build the capacity of journalists on investigative reporting so that more newsrooms across the country will have the requisite skills and capacity to hold Nigerian officials and institutions accountable.

“We in PREMIUM TIMES are very passionate about in-depth reporting,” Mr. Olufemi said. “But we are also aware that there is a lot of journalistic work to be done here, a country where corruption and misgovernance are widespread. We want more and more newsrooms to key into investigative journalism. That’s one of the ways our country can develop.”

He said the journalists invited for the training were selected from about a hundred who applied.

“The criteria for selecting is we looked at young journalists who, maybe, never had this opportunity before, and also has basic writing skills from credible media organisations,” Mr. Olufemi said.

The training was sponsored by the MacArthur ‎Foundation and is part of a programme for advancing good governance, accountability, and human rights in Nigeria.

“This is the second training for the year, and it’s for the southern region. The first one, for the northern region held May 25th – 27th in Abuja,” said Mr. Olufemi.

“Interestingly, we wanted just 15 journalists, we ended up selecting about 16, and we have about four persons gate-crashing.

“That for me tells how important this is for journalists, that they would also want to leave their job to come and add more skills‎ because of the dearth of investigative journalism and data journalism in the country.”

The PTCIJ is the nongovernmental organisation arm of PREMIUM TIMES, founded in 2011, that aims to provide qualitative capacity building for‎ media practitioners, especially in investigative reporting.

The participants said the training afforded them an opportunity to learn new skills in investigative reporting.

Abiose Adelaja-Adams, who writes for the International Centre for Investigative Reporting, described her experience as “really enlightening”.

“The journalism tools we were taught were refreshing, especially the part that was about reporting budget and security because I’m more of a health and science reporter,” Mrs. Adelaja-Adams said. “The lectures were short and concise.”

Sebastian Usifo, another participant, said it was thoughtful of the organisers to include specific subjects as data gathering, analysis, and interpretation “for better and improved writing for investigative reporting.”

“‎It was a very relevant and important training for me personally, who had benefited from different training in the past,” said Mr. Usifo, chief correspondent at National Mirror.

“Overall, it’s a challenge for media owners and gate-keepers to organise similar trainings like this for their staff and reporters once in a while.

“I thank the management and ‎staff of PTCIJ and MacArthur Foundation for this programme.

“Moreso at a time when many leading media organisations in Nigeria are unable to pay their hard-working staff, ‎owing them salary arrears ranging from three months to 20 months.” 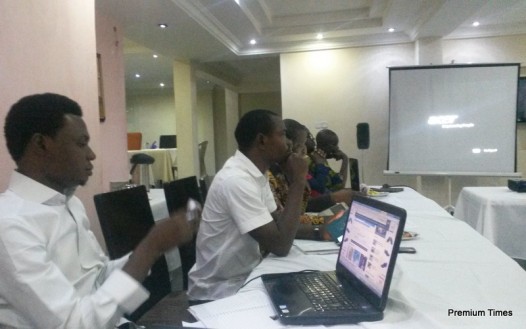 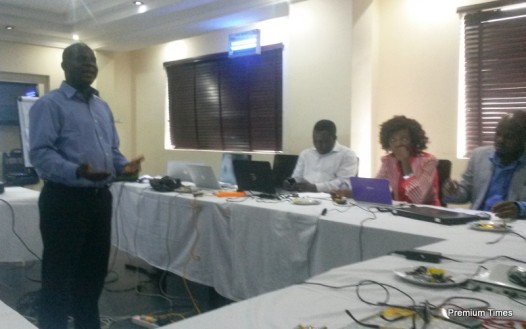 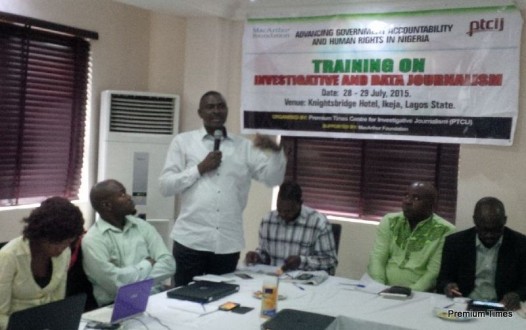