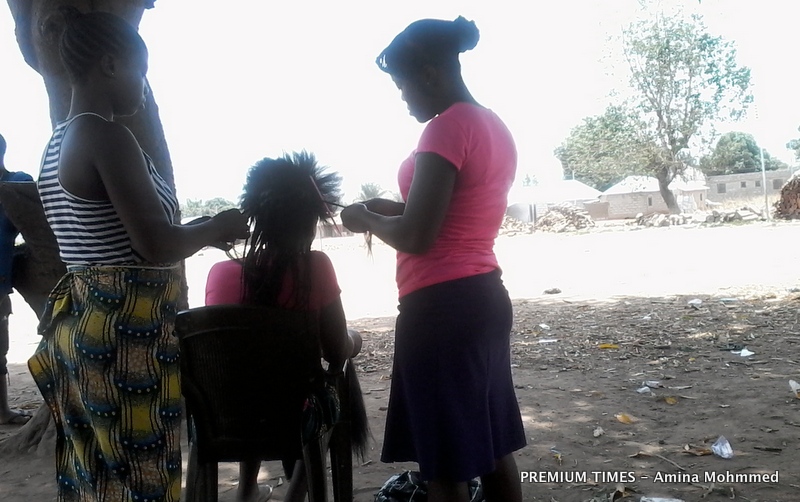 The Socio-Economic Rights and Accountability Project, (SERAP) has sent an open letter to President Muhammadu Buhari urging him to use his “good offices and leadership to urgently intervene to stop the threat of forced eviction of internally displaced persons (IDPs) in WASU IDP camp in Apo District of Abuja or any other camps across the country.”

In the letter dated August 7 and signed by SERAP executive director, Adetokunbo Mumuni, the organisation expressed “serious concern that several internally displaced persons (IDPs) in WASU IDP camp in Apo District of Abuja face forced eviction, following an eviction notice by the owner of the estate they had taken refuge”.

“We are concerned that unless you urgently intervene, the IDPs involved may be rendered homeless and destitute and left without water, food or other critical assistance.”

“Any permanent or temporary removal of individuals, families, or communities against their will from the homes or land they occupy without providing access to appropriate legal or other protection is forced eviction and therefore unlawful including under the International Covenant on Economic, Social and Cultural Rights to which Nigeria is a state party,” the organisation said.

The organisation “urges the president to urgently intervene in this matter to ensure that the threat of forced eviction of the IDPs is not carried out by the landlord. In addition, we urge the President to address as a matter of priority the miserable and unsafe living conditions for Nigeria’s thousands of IDPs across the country and to ensure that all IDPs are provided much-needed water and sanitation and allowed to leave in dignity without continuing threat of them being rendered homeless and destitute.

The organisation “notes that Nigeria ratified the African Union’s Kampala Convention on the Protection and Assistance of Internally Displaced Persons on 17 April 2012. Nigeria deposited the instruments with the African Union on 22 May 2012. This Convention imposes legally binding obligations on the Nigerian government to respect the human rights of the displaced without discrimination, and to prevent displacement as well as protect and assist the IDPs and identify durable solutions to their conditions.”

According to the organisation, “The Nigerian government is also obligated under the Convention to protect IDPs against forcible return to or resettlement in any place where their life, safety, liberty or health could be at risk. The government is also expected to consult with internally displaced people, allow them to participate in decisions regarding their protection and assistance, and allow them to make free and informed choices on whether to return, relocate, or locally integrate.”

“According to SERAP’s information, the IDPs involved have not been given adequate notification, and the authorities have not provided them with any viable relocation or local integration options. The government should publicly make clear that it will not accept forced eviction of IDPs from their camps. Any plan to move IDPs from their camps must inevitably include a clear commitment to ensure their security and access to basic assistance,” the organisation also said.

The organisation therefore asked the President to:

1.    Take immediate steps to adopt and effectively implement the IDP Policy to ensure full compliance with international law including the Kampala Convention.

3.    Institutionalise genuine consultation and participation of affected communities, together with humanitarian and development agencies.

4.    introduce measures to provide legal security of tenure to IDPs.