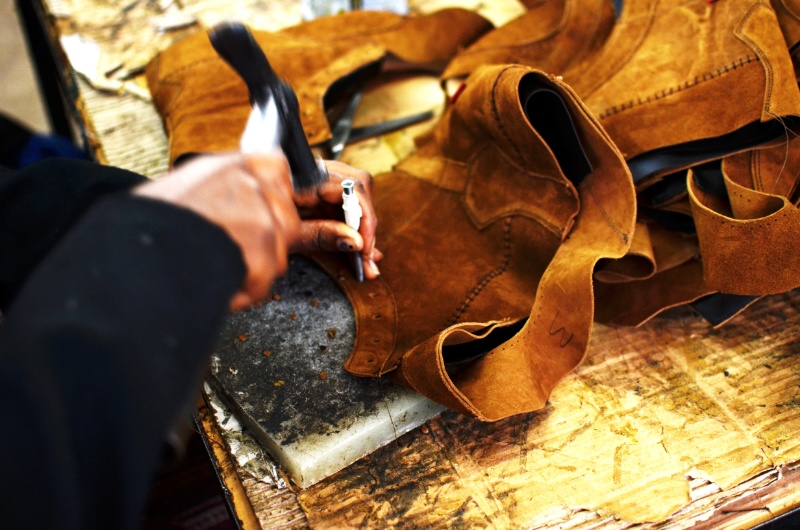 Security challenges resulting from Boko Haram insurgency in Borno State, have crippled the hides and skin business in the state, the News Agency of Nigeria (NAN) reports.

While the state-owned shoe-making and hides tannery firm, Neital Nig.Ltd, had been grappling with problems, the bustle that used to characterize the premises of the Maiduguri Central abattoir, is completely gone, especially after the bomb blast that rocked the place some time ago.

He said the outfit was established in 1982, comprising of Finished Leather and Shoe-making sections.

He added that after operating for 10 years without making profit, it went comatose.

“The company had been moribund for nearly two decades, until Gov. Kashim Shettima injected funds in 2013, to enable it jump-start its operations.

“The over N500 million returned profit recorded by Neital Nigeria Ltd in the 2013 fiscal year, was the first major profit made since its establishment 32 years ago.

“With all necessary equipment in place, we gave ourselves a target of generating at least $1 million profit in the two years of our resumption of full operations — that is from 2013 to 2015.

“In just one major export, our financial report recorded N112 million, as at then.

“But because of the persistent security challenges, we had to close down our operations.

“We no longer get skin from our abattoirs, just as constant power outage resulted in setbacks.

“We are always determined to resuscitate the industry as soon as the insecurity bedevilling our dear state is over,” said Mr. Tomsu.

Baba Maizannah, the manager of Borno Abattoir, said the state government had spent about N164 million on rehabilitation of the Maiduguri Central Abattoir, to improve cleanliness in the slaughter-house.

Mr. Maizannah said that the improvement had led to an increase in the numbers of rams, cattle, sheep, goat and camels being slaughtered daily, from 160 to about 250.

The manager said the gesture further boosted the capacity to preserve animal skin for consumption and use by hides and skin companies.

“Unfortunately, the insurgency problem has badly affected businesses activities in the areas of skin production for shoe companies, bones for plate making, and preservation of blood for animal feeds.

“We usually make about N400, 000 monthly in the sale of cow, cattle, rams, sheep and camel skin weekly, but due to the insurgency, the business virtually crippled.

“Most of our veterans usually travel outside the state to sell animals skin, because the Maiduguri Neital company that patronized us, had to close operations because of Boko-Haram insurgency,” he lamented.

The challenges has somewhat allowed the popular hides and skin delicacy (ponmo) business still to flourish as usual, especially with the major hides and skin customers like Neital company closing shop.

“I am a Yoruba woman; the people who patronise “ponmo” are mostly my tribesmen and women; Borno people do not buy “ponmo”.

Haruna Isa, a ‘ponmo’ seller in ‘Biafra Market’ of Bulabulin area in Maiduguri, said his customers were mostly restaurant operators.

“The business is very lucrative, even though Borno people do not patronise ‘ponmo’.

“Our market is outside Borno; sometimes we travel to Kano,Kaduna, Lokoja, Umuahia and other places in the south,” he said.