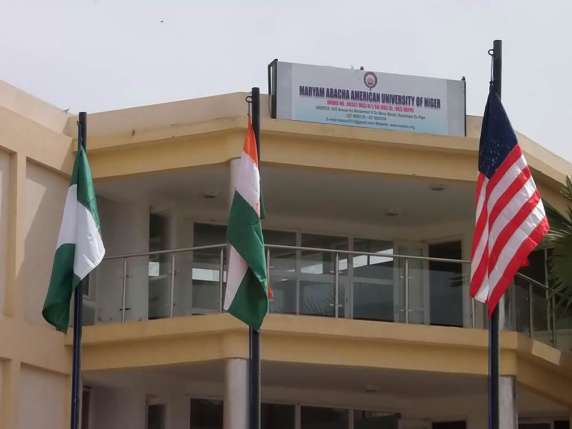 The Nigerien government has confirmed that Maryam Abacha American University is a registered institution in the country.

In a letter dated Monday, July 27, 2015 from its embassy and addressed to the Ministry of Foreign Affairs in Abuja, the Nigerien government debunked media reports that MAAUN degrees is an illegal institution.

“The institution fulfils all required terms and regulations enforced in that country,” the embassy said.

The National Universities Commission had called to question the credibility of the degrees issued by the MAAUN. The commission had asked Nigerians to stop patronising online universities and other degree awarding institutions operating online and degrees from the Maryam Abacha American University in Niger.

“We wish to restate that as the only quality assurance agency for universities in Nigeria, the NUC is maintaining its stand that degrees from Maryam Abacha University will not be accepted in Nigeria,” the NUC’s spokesperson, Ibrahim Yakasai.

The embassy condemned the statement by NUC, saying, “This sort of practice is against the excellent relationships of cooperation which exists between the two countries in the field of education.”

The Maryam Abacha American University of Niger has responded to the earlier publication by the National Universities commission on its accreditation status.

It was contained in a memo published on its website.

In the memo, the institution said, “It considers the NUC publication about Maryam Abacha American university of Niger as blackmail and orchestrated campaigns of calumny to smear the reputation of our young but rapidly growing university by some self-seeking corrupt officers of the NUC and their external collaborators jealous of the university.”

The management of MAAUN further made the following clarifications to the public:

2. The NUC publication against Maryam Abacha American university of Niger is an indictment of international policy as it has violated diplomatic channels of communication and other relevant diplomatic norms

3. It is on record that on 7th April, one Ajayi Eunic of the state house medical center, Asokoro Abuja wrote the NUC to verify the status of Maryam Abacha American university of Niger with the commission.

In its response ref: NUC/AS/PRV/VOL.1/105 dated 9th April, 2015, the NUC stated, inter alia “I am to add that the Republic of Niger is one of the countries that have a bilateral agreement with Nigeria, therefore, any approval by the republic of Niger is recognized by Nigeria. The letter was signed by Director, Academic standards, Dr G. B. Kumo for the executive secretary of NUC. Who then is fooling who and why should NUC be so desperate to disown degree that have not yet been awarded?

4. Maryam Abacha American university of Niger has also received a similar letter of recognition from the federal ministry of education of Nigeria, dated 27th October 2014 through the evaluation and accreditation division/education department.