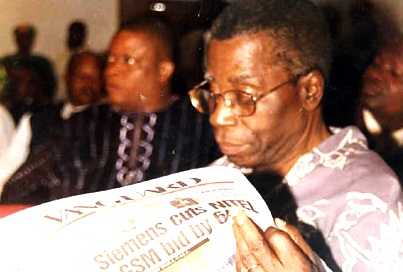 The House of Representatives has urged the Buhari administration to reopen investigations into unresolved cases of high profile political and extra judicial killings in Nigeria.

The essence of the charge to the Federal Government, the House resolved, is to bring the culprits to justice.

In a motion titled, Need To Undertake Further Investigations Into Cases Of Extra Judicial Killings And Other High Profile Murders, raised by Kingsley Chinda, he noted that the extra judicial killings were allegedly being carried out by men of the Nigerian Police Force, and personnel of some other security agencies and unknown gunmen.

While charging the Nigerian Police Force to be more alive to its responsibilities in the prevention and proper investigation, the lawmaker also expressed worry that the efforts of successive governments in tackling the problem of extra judicial and other high profile killings have largely been ineffectual and short of peoples’ expectations as some have continued unabated as a result of which some people now live in fear and despair.

He said the several cases of extra judicial and unsolved killings in the country included some traders at Apo (popularly known as Apo Six), invasion by mobile policemen and armed soldiers of Ogoni land, the invasion of Odi community in Bayelsa, the killings of Dele Giwa, Alfred Rewane, Bola Ige and Funso Williams amongst others.

The motion which was unanimously agreed on by the House, was referred to the Committees on Police Affairs, Public Safety and National Security (when constituted) by the Speaker, Yakubu Dogara, to monitor the investigations of the cases and present an interim report to the House within four weeks for further legislative action.