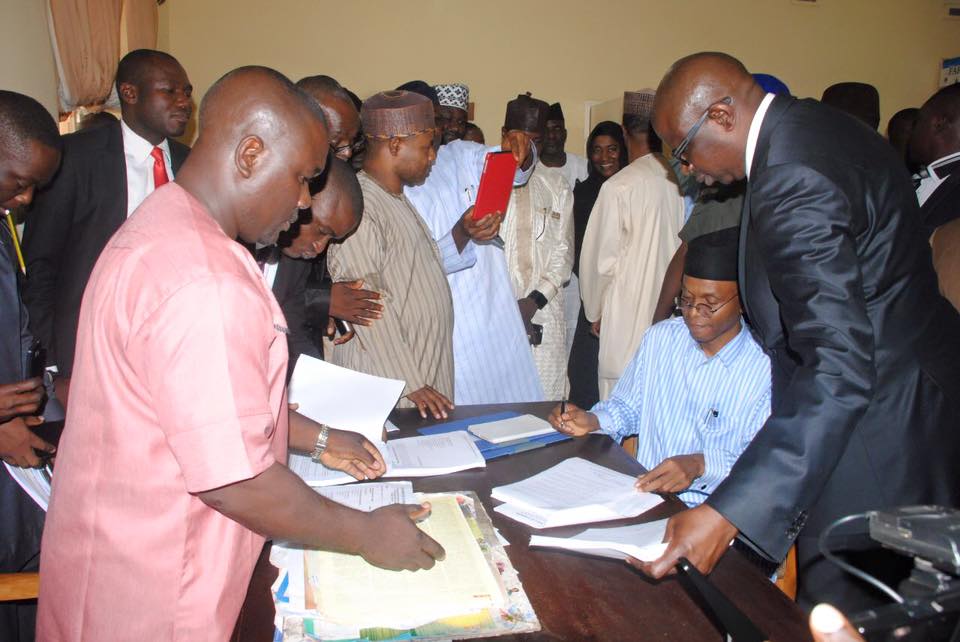 The Kaduna state governor, Nasir El-Rufai, on Monday sued The Union newspaper, based in Lagos, for reporting that he declared assets worth N90billion before the Code of Conduct Bureau.

The governor, who personally filed the case at the state High Court, was accompanied by his deputy, Bala Bantex, his lawyers and top government officials.

Speaking shortly after signing the writ of summons at the court registry, Mr. El-Rufai denied having assets worth N90 billion.

He described The Union newspaper story as “untrue and malicious”.

“Let them come and prove that I am as rich as they claimed,” he said. “I hope I lose the suit because if I have all these money, I would do a lot more for Kaduna State with the money.”

Although he told reporters that he had declared his asset even before his swearing in on May 29, he, however, did not disclose the total amount of assets declared at the Code of Conduct Bureau.

The Union newspaper had on June 1 published a story alleging that Mr. El-Rufai declared assets worth N90billion, including 40 mansions scattered across the country.

He said: “I am here to sign papers to file a suit against a newspaper publication that claimed falsely that I declared N90bn as my assets and that I had forty mansions in Abuja.

“It has taken a bit of time for the lawyers to put together the papers but we are definitely suing them. Let them come and prove that I am as rich as they claimed.

“No one can be sworn into office as governor without declaring his assets. So, every governor in Nigeria; every elected officials must have declared his assets before the chief judge swears him in. It is not even a question requiring an answer.”