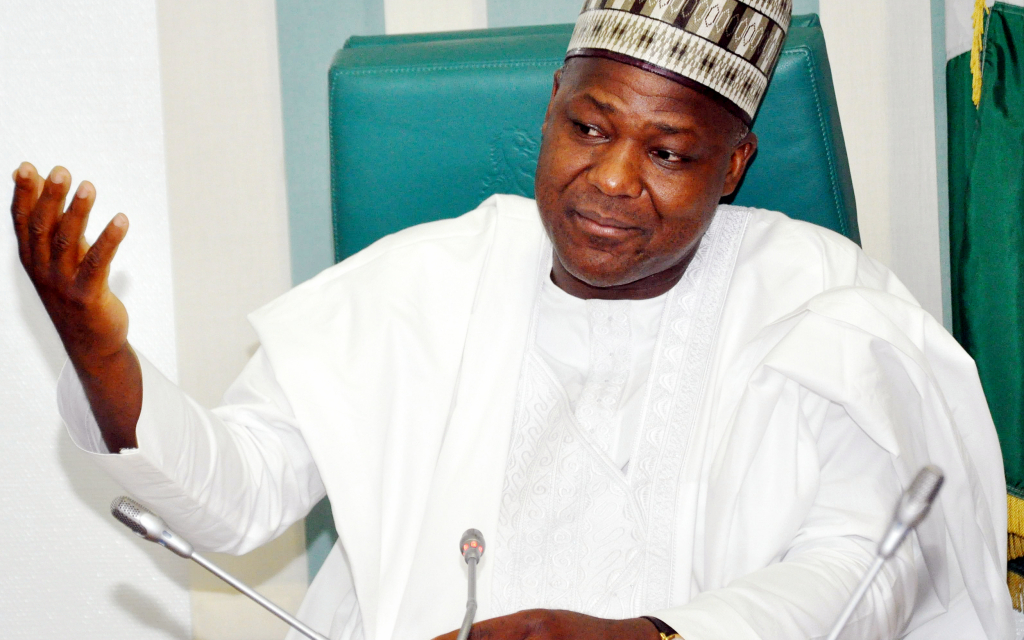 No plan to bar members from National Assembly – Dogara

The Speaker of the House of Representatives, Yakubu Dogara, has denied allegations that he plans to bar some members of the House from attending sitting on Tuesday following disagreements over the appointment of principal officers.

The spokesperson of the loyalist group, Nasiru Zangon-Daura, who addressed the press conference asked Mr. Dogara to desist from the planned action.

“We strongly warn Speaker Dogara that we will not take any breach of our members’ privileges lightly and we will hold you, Speaker Dogara, personally responsible. Honour is earned through honourable actions. A word is enough for the wise,” he said.

However, on Monday, the House of Representatives ad hoc committee on Media said Mr. Dogara runs a responsible leadership “that would never contemplate anything like that”.

The statement, signed by Abdulrazak Namdas, on behalf of the committee, also said “it is the right and freedom of every member to attend plenary, Committee meetings and even access their offices without any hindrance”.

According to the statement, there has never been a time that the leadership of the green chamber considered blocking members from the National Assembly.

“The allegations can best be described as baseless, unfounded and figment of their imagination,” it said.

“Members are hereby advised to, in accordance with relevant provisions of the House Rules, Legislative Houses Powers and Privileges Act, and the Code of Conduct of the House, conduct themselves with decorum and in a manner deserving of honourable members of the House, during plenary, Committee meetings and other legislative engagements in the House”.

The committee also denied the allegation by the loyalist group that Mr. Dogara was planning to truncate the anticorruption drive of President Muhammadu Buhari.

“We find this allegation as uncharitable and unbecoming of a House member. Speaker Yakubu Dogara’s record of incorruptibility endeared him to members, which culminated in his election as Speaker on June 9th.

“One of the first major decisions taken by the leadership was to draft the Legislative Agenda which is primarily aimed at blocking revenue leakages, introduce anti-graft legislations and help the government in its drive to restructure the country,” they said.

The ad hoc committee also advised members who lost out in the election of presiding and principal officers to “emulate those who have accepted the olive branch extended to them by Mr. Speaker in the interest of peace, and stability of the House”.

The committee urged Nigerians to ignore the allegations by members who lost out in the leadership election, saying it is “both baseless and unfortunate”.

The kind of ministers I want — Buhari