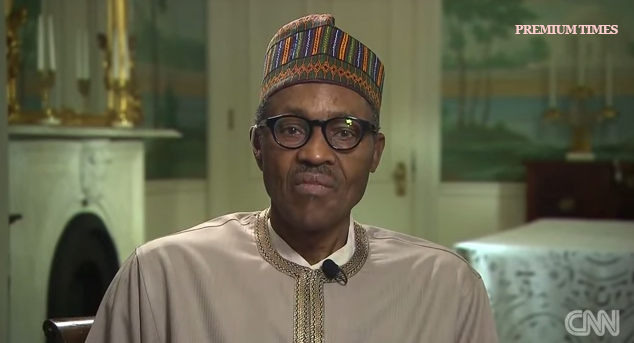 Why Buhari must not wait till Sept. to form his cabinet — Group

An economic and social rights group, Centre for Social Justice (CENSOJ), on Wednesday criticized President Muhammadu Buhari’s declaration on Monday that his cabinet would not be constituted until September.

The president, who was speaking in Washington at the beginning of his four day official visit to the United States, restated his position that it was neither prudent nor will it serve the interest of the government to make cabinet appointments immediately on assumption of office.

Mr. Buhari had explained that his administration would first put rules of conduct and good governance in place before the appointments to ensure that due process was followed, apart from the need for sufficient time to correct the ills of the past government.

But, Lead Director of CENSOJ, Eze Onyekpere, said although there was need to put rules of conduct and good governance in place, there was no indication that the President was preparing fresh sets of laws and regulations to guide the conduct of governance.

Mr. Onyekpere said existing Financial Regulations were good enough to facilitate good governance, pointing out that what was lacking in previous administrations was the political will to enforce them.

The president, he said, did not need to reinvent the wheel, but to continue from where his predecessor stopped, considering that governance is a continuum.

“Even if the president is engaged in drawing up new laws and regulations or restructuring Ministries as has suggested, the process needs not take the whole of June, July and August 2015. It can be done in a shorter period. It can be done now,” Mr. Onyekpere said.

In view of the volume and enormity of work to be done to clean the misdeeds of the past, he said more hands should be involved in the cleansing exercise, adding that there was no justification for only one or two persons to carry the load of reforms alone.

“Nigeria is too big for only a few persons to think they can solve all the economic, political and social challenges alone. It cannot work and will only deepen the challenges,” he said.

Even if the president would wait till September 2015, Mr. Onyekpere said it was imperative for some critical sectors of the economy to get Ministers immediately, particularly now that there was no economic policy directive to guide citizens and investors, while economy seems to have stagnated.

“The Naira is fast losing value by the day, while quoted stocks have lost a good part of their value. Investment decisions are delayed and the last budget implementation report that was published was for the second quarter of 2014. No one seems to know, or the public have not been briefed on the implementation of the 2015 budget.

“Besides, no one seems to be in charge of the preparation process of the 2016-2018 Medium Term Expenditure Framework and the 2016 budget. We do not see the Permanent Secretaries in the appropriate Ministries managing the processes that would resolve these afore-stated challenges. Hence the need for Ministers in the Finance and Economy portfolios to steer the economic ship of state and move it away from running aground,” he said.

The president, he said, needs the guidance and briefing of the Legislative Adviser to take a principled and nuanced approach to the crisis and to push through principal bills he may wish to forward to the National Assembly in the coming days.

Mr. Onyekpere also criticised the president’s decision to make major domestic policy decision in a foreign land through foreign media organisations, pointing out that the timing of the announcement on the appointments should better have been done in Nigeria.