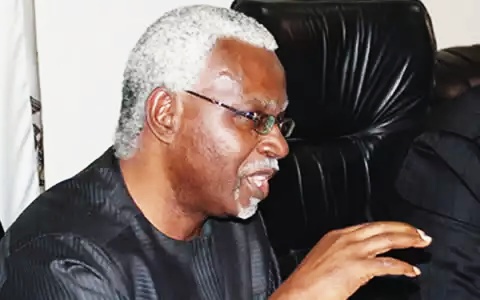 Immunity clause does not protect president, governors from probe – ICPC

The Independent Corrupt Practices and Other Related Offences has said the Nigerian Constitution never barred public officers from being investigated, contrary to widely held views.

The chairman, Ekpo Nta, said this while featuring on a Nigeria Television Authority programme.

He said that immunity, which many Nigerians believe spares public officers from being investigated, has never been a safe haven for corrupt serving-public officers.

“Immunity does not cover or bring to an end a criminal investigation,” Mr. Nta said. “There is no act in existence today that says you cannot investigate anybody. What it is says is that you cannot prosecute some sitting officials at certain levels.”

Mr. Nta said the major function of anti-corruption agencies and the police “is to get any accused into the law court with whatever evidence the commission has against them and for the law court to determine the merit of any such matter, so that we don’t become persecutors.”

On effectual monitoring of the implementation the national budget, the ICPC boss said there were efforts by the anti-graft agency to spur various ministries and MDAs to be accountable for whatever quota accrued to them.

He said for anyone to get a true picture, “it is from there that you monitor what is going on through their oversight functions, but we do have reports from the auditor general of the federation.”

He said the ICPC had been interfacing with the National Assembly committee to see those audited reports.

“We have been doing some of the investigations on those aspects, and we can see evidence that we are making some good gains,” he said.

The agency boss said before now, at the end of the financial year, ICPC used to go round all the MDAs to look at the left over funds which probably had not been sent back to government coffers

“We did a lot of recoveries,” he said. “Thank God, we now have the electronic platform which shows clearly that this fund is not there or it is here.”

Mr. Nta also used the opportunity to assess the on-going bank verification number exercise. He affirmed that it was just the right step in the right direction, as the exercise was long overdue.

“I had said clearly that the on-going exercise of biometric capture of all bank customers would aid anti-corruption agencies in tracing fraudsters who use the banking sector to dupe innocent persons,” he said. “With the on-going exercise, when you tie that up with national identity card, the driver’s license, the voters’ registration, there is a strong likelihood that I should be able to trace who these fraudsters are.”

Mr. Nta pledged that the commission would take the fight against corruption to a new level.

Why I visited Chief Justice of Nigeria – Wike