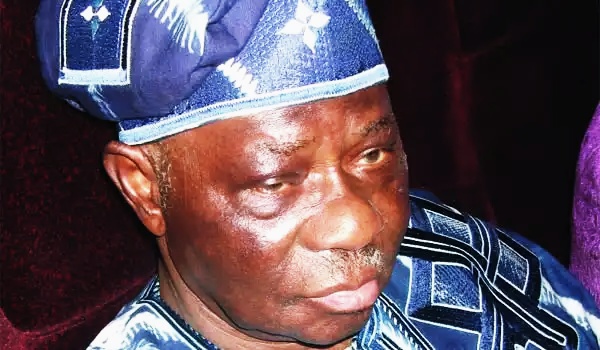 The Peoples Democratic Party has disowned the former director general of its 2015 Presidential Campaign Organisation, Ahmadu Ali, over a N70 million debt.

The party refused to accept liability for a N70 million contract Mr. Ali entered on behalf of the party in the run up to the April 11, 2015 elections.

Documents before an Abuja High Court in Kuje revealed that Mr. Ali, a former National Chairman of the party, had, on behalf of the Jonathan-Sambo campaign organisation, commissioned Silon Concepts Limited, a Lagos-based communications outfit, to undertake the broadcast of promotional campaign messages.

Although the letter indicated that further assistance would be provided to enable the company complete the execution of the project, the campaign organisation said it would only be able to provide a counterpart funding of N100 million as seed fund to kick-start the project.

It however indicated in the letter that the balance of N215 million would be raised by Silon Concepts through private sources.

Following the then President Goodluck Jonathan’s defeat by the current President, Muhammadu Buhari, of the All Progressives Congress, Silon Concepts claimed its services were not fully paid for before the campaign organisation wound up.

In its suit before Justice C.U Ndukwe, Silon Concepts accused the PDP and Mr. Ali as well as the former Minister of Finance, Nenadi Usman, of refusing to pay about N70 million as balance of payment for its services.

In the application filed by its legal counsel, Festus Keyamo, Silon Concepts urged the court to, among others prayers, compel the defendants to pay the outstanding sum of N70 million for services rendered pursuant to agreed terms of the contract.

In addition, the company demanded the payment of N15 million as legal fees for the suit, apart from an annual interest rate of 10 per cent on the outstanding principal sum until it was is fully liquidated.

A writ of summons issued on June 4, 2015, had asked the defendants to enter a defence within eight days of service, failure which the court threatened to go ahead to give judgment against them.

However, counsel to the PDP, Kwon Victor, filed a statement of defence dated June 18, 2015.

Although the statement affirmed Mr. Ali and Mrs. Usman’s membership of the PDP, it, however, denied that they were agents of the party authorized to carry out the multi-million naira transaction before and after the presidential elections.

The party also denied having anything to do with account number 1010740698 in Zenith Bank Plc, through which the campaign organisation paid billions of naira for its activities.

The account, belonging to Jointrust Dimension Nigeria Limited, has Mrs. Usman as its sole signatory.

On her part, Mrs. Usman did not file any defence, apart from a notice of preliminary objection dated July 2, 2015 in which she challenged the competence and jurisdiction of the court to entertain a case against her seeking to recover debts allegedly owed by the PDP.

At the resumed hearing, a mild drama ensued in court, as PDP lawyers disagreed vehemently with Mrs. Usman over some issues raised in their application. Mr. Ali neither filed a defence nor put up an appearance in court.

Mr. Keyamo said he was committed to pursuing the case to its logical conclusion.

Further hearing in the case was adjourned to September 24, 2015.