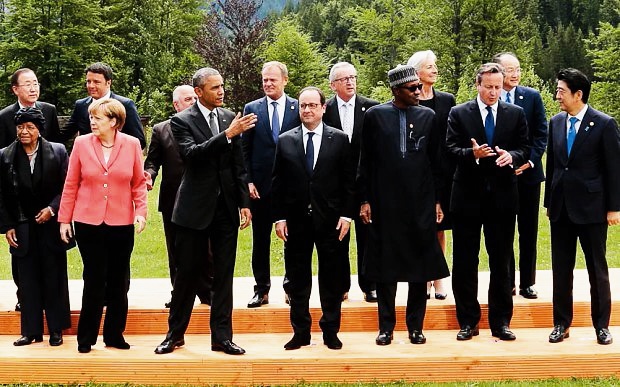 Nigeria on Wednesday abstained from voting on a Security Council resolution that would have dubbed the 1995 massacre at Srebrenica during the Bosnian war, a “crime of genocide”.

Nigeria was joined by fellow African country, Angola, as well as China and Venezuela, to abstain from voting.

Despite their abstentions, the vote still had a majority as 10 members of the 15-member Security Council voted in favour of the U.K. – led draft.

Russia, which is the only county that voted against the proposal, also vetoed the resolution.

Nigeria’s decision to abstain from voting may be an indication of the foreign policy direction of its new president, Muhammadu Buhari.

Mr. Buhari, who assumed office on May 29, had courted Western Countries, particularly the U.S. and the U.K., prior to his election and after he was elected, as he tried to shake off his past image as a military dictator, and sought foreign assistance for his administration.

The U.S. and the U.K. are also believed to have played crucial roles in the largely free and fair presidential elections that for the first time in Nigeria’s history, led to victory for an opposition party.

Since his election, Mr. Buhari has visited the U.K. and is expected as a guest of President Barack Obama at the White House on July 20.

However, at the UN vote on Wednesday, the Nigerian representative chose not to align with the U.S. and the U.K. but to remain neutral.

It is not clear if both countries leaders reached out to President Buhari for support on the vote or why Nigeria voted the way it did.

A foreign ministry spokesperson, Ogbole Ode, said he had not been briefed on the matter.

Also, Mr. Buhari is yet to appoint a foreign minister, and apart from seeking international support for the war on the insurgent Boko Haram, has not defined his government’s foreign policy.

Nigeria’s decision not to toe the line of the U.K. and the U.S. on Wednesday’s vote despite their support for his government may be Mr. Buhari’s way of showing neutrality on controversial global issues, a bit different from his predecessor, Goodluck Jonathan, whose administration refused in December 2014, to support a resolution demanding an end to Israeli occupation of Palestine after the U.S. and Israeli presidents asked the Nigerian president not to support the resolution.

Nigeria’s abstention from the Palestinian vote meant it got only 8 votes, one short of 9 needed to approve the resolution, although it would still have been vetoed by the U.S. if it had passed.

On July 11, 1995, Bosnian Serb forces commanded by General Ratko Mladic overran UN troops, and slaughtered about 8,000 Muslim men and boys who had sought refuge at Srebrenica which was supposed to be a UN safe haven. Two international courts have called the slaughter genocide, but the UN has not dubbed it so largely based on opposition by Serbia and veto-wielding Russia.

On Wednesday, Russia condemned the draft resolution for singling out Bosnian Serbs for war crimes.

“The draft that we have in front of us will not help peace in the Balkans but rather doom this region to tension,” AlJazeera quoted the Russian Ambassador, Vitaly Churkin, as saying at the Security Council.