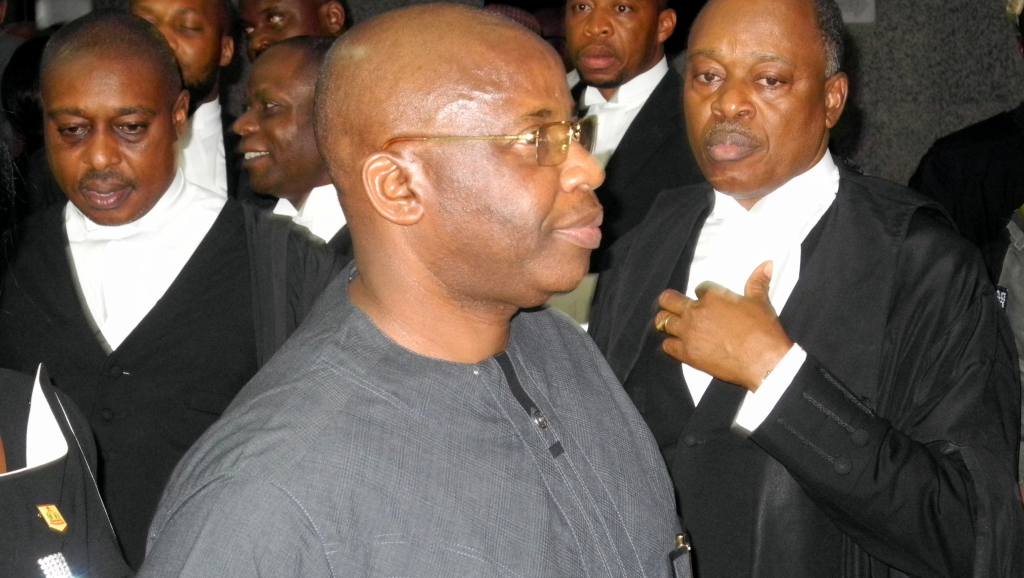 A Federal High Court in Abuja has ordered that a former governor of Imo State, Ikedi Ohakim, be remanded in the custody of the Economic and Financial Crimes Commission over money laundering charges.

Mr. Ohakim was arrested by the EFCC on Tuesday alongside his colleague, the former Adamawa State governor, Murtala Nyako and his son, Abdul-aziz. They were arraigned in court on Wednesday.

The judge, Ademola Adeniyi, ordered that Mr. Ohakim remain in the custody of the commission until Thursday for hearing on his bail application.

The amount is above the threshold approved for an individual, going by the provisions of Section 1 of the Money Laundering (Prohibition) Act 2004.

The former governor is also accused of deliberately neglecting to disclose all his assets in the declaration submitted to the EFCC.

One of the three count charges against him read, “That you, Ikedi Ohakim, on or about the January 26, 2013 in Abuja within the jurisdiction of the Federal High Court, while under arrest for an offence under the Economic and Financial Crimes Commission Establishment Act, 2004 knowingly failed to make a full disclosure of your assets by not declaring your ownership of the property known and described as Plot No. 1098 Cadastral Zone A04, Asokoro District- it is also known as No.60, Kwame Nkurumah Street, Asokoro, Abuja and thereby committed an offence contrary to Section 27(3)(c) of the Economic and Financial Crimes Commission Establishment Act, 2004 and punishable under the same section.”

The former governor pleaded not guilty to all the three charges against him.

In view of his pleas, the prosecution counsel, Festus Keyamo, prayed the court to remand the accused person in prison custody pending trial.

However, Mr. Adeniyi ordered that Mr. Ohakim be remanded in the EFCC Custody and adjourned hearing on the bail application to Thursday.

Similarly, Mr. Nyako of Adamawa State, his son and two others, were also remanded in EFCC’s custody by Justice Kanu Agabi of the same Federal High Court in Abuja.

They face criminal charges bordering on laundering N15 billion. The hearing on their bail application was adjourned till Friday.