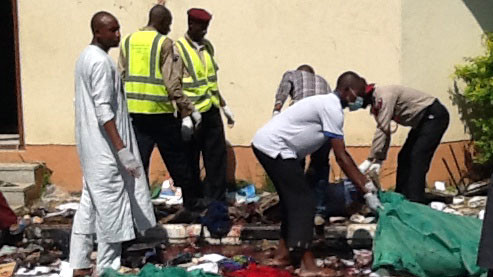 The Nigerian military said its troops have arrested the mastermind of last Sunday’s bombing in Jos, Plateau state, and Tuesday’s suicide blast in Zaria, Kaduna state.

The Defence Headquarters said in a tweet on Wednesday that the suspect was arrested at a military checkpoint in Gombe State.

It said the arrest followed an operation by a combined team of the military and DSS operatives.

It did not give further details.

The Plateau attack killed 44 people while the explosion in Zaria killed 26 people.

PHOTO NEWS: Nyako and son in court over corruption charges