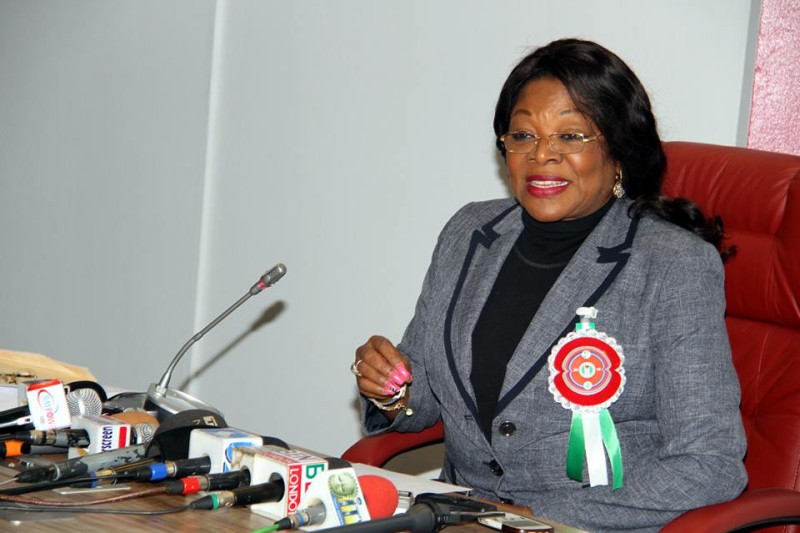 The new Acting Director General of the Department of State Security, SSS, Lawal Daura, has ordered the reversal of all promotions approved by ex-president Goodluck Jonathan on the eve of his exit from office.

Those who “enjoyed” the “hurried promotion”, seen then as gratification for services rendered to the Jonathan administration, include the spokesperson of the service, Marilyn Ogar.

In a circular dated July 3 and signed by one Tma Minti, the new security chief said, “In view of the observed lapses in the promotion exercise release from March 31, 2015 to date, the President, Commander-in-Chief of the Armed Forces of the Federal Republic of Nigeria has directed its suspension forthwith”.

The circular also said the personnel affected include those promoted, converted and upgraded within the period under review. They were consequently directed to revert to their former ranks with immediate effect.

A source said a committee has since been put in place to review the exercise and other issues.

PREMIUM TIMES had exclusively reported the anxiety among the personnel of the service over a promotion exercise carried out by the then outgoing government. No fewer than 45 officers of the service, including Ms. Ogar, were promoted to different grade levels during the exercise.

Some of the officers, who were interviewed and found qualified for promotion, were not promoted thereby causing disaffection among the officers.

Sources had told PREMIUM TIMES that some state directors, although already issued retirement letters, surprisingly benefited from the exercise.

The case of Ms. Ogar, who had publicly made partisan statements and was enmeshed in a bribery scandal as exclusively reported by PREMIUM TIMES, caused the major uproar.

In the heat of the August 9 Osun governorship election won by the All Progressives Congress, APC, Ms. Ogar alleged links between the party and bomb attacks in the state and narrated how SSS officials rebuffed N14million offered as bribe by an unnamed party – although her description fit the APC.

“A director in charge of election duties (security) was offered N4 million for himself and N10 million,” Ms. Ogar, a deputy director in the service, said at a news conference. “It is because the money was declined, that is why the certain political party is having a running battle with the DSS. Thank God the APC won the election; its loss could have been blamed on the DSS.”

Ms. Ogar assured that she and other SSS officials could not be bribed because the service provides a competitive reward package for its personnel, even before assignments.

“We are well paid, I will say it categorically, our operations are well funded,” she said. “N14 million as against N200m that was spent, which one will you go for? The federal government and the people of Nigeria who have engaged us have the capability of taking care of us.”

Findings, however, revealed that the spokesperson received non-SSS related payments ahead of the Osun election, and was indeed paid millions of naira at least two months before the polls.

PREMIUM TIMES could not, however, confirm whether the money was directly tied to the Osun election.

Earlier in June 2014, Ms. Ogar was treated to a special offer the Nigerian government utilises in appeasing dubious officials who are willing to play ball, and other Nigerians regarded as troublesome.

Within government circles, the offer, which is a direct allocation of fuel products, is termed “settlement.”

“That is what the government uses if it wants to settle you,” one source told PREMIUM TIMES. “If you are settled once, you are made.”

Ms. Ogar was referred to the Pipelines and Products Marketing Company. a subsidiary of the government-run Nigerian National Petroleum Corporation in charge of marketing and distribution of petroleum products.

According to elaborate details of the transaction obtained by PREMIUM TIMES, the PPMC was directed to allocate 10 trucks of DPK (Dual Purpose Kerosene) to Ms. Ogar.

The SSS spokesperson, accordingly met with the Managing Director of the company, Haruna Momoh, and the deal was struck between first and second week in June, 2014.

How Yuguda left Bauchi in a mess – Governor Abubakar