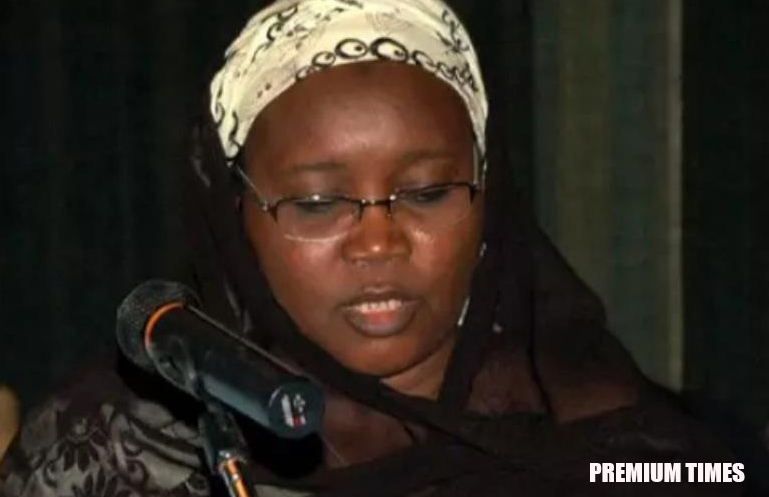 The acting Chairperson of the Independent National Electoral Commission, Amina Zakari, has pledged to build on the successes recorded by her predecessor, Attahiru Jega.

The Thursday edition of INEC’s daily newsletter, sent to PREMIUM TIMES, quoted her as saying she accepted her appointment with humility and dedication to serve.

“I believe it is just a continuation of what the former Chairman, Professor Attahiru Jega, has started which has been at a high level and there shouldn’t be any problem,” Ms. Zakari said.

“I have been part of the process: I have known the problems, challenges and I have seen the successes. What is remaining is for us to build on the successes and try to tackle the outstanding challenges,” she said.

She noted that a lot had been done to  improve Nigeria’s electoral process under Mr. Jega, but his efforts had to be advanced.

“I must say it is like trying to reach an equilibrium because the bulk of the work has been done by former Chairman, Professor Jega, to bring the quality of changes to election management to a high level.

“So all we need to do is to put all hands on deck to improve further on what he has done and improve on the good practices he has left behind. Basically, with the cooperation of all, and the support of staff and the people of Nigeria, we should be able to do it pending when a new Commission is put in place,” she said.

Ms. Zakari, a pharmacist from Jigawa State, continued, “Challenges cannot be envisaged because they come as the need arises. So we tackle them as they come-one day at a time. And then try to sort out administrative issues then the major electoral issues, which a lot has been put into. We just need to improve where INEC seems to have failed or erred during the last elections.

While the Peoples Democratic Party opposes her appointment,  13 political parties have backed the president’s choice of Ms. Zakari.

Ms. Zakari had previously served as Chairperson of the Governing Council of the National Youth Service Corps, and Abuja Tourism Board, among many other appointments she has held.