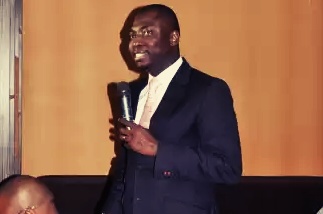 The board of the Federal Housing Authority Homes Limited has refused to reinstate the Managing Director of the FHA Mortgage Bank, Roland Igbinoba, despite a court directive.

Mr. Igbinoba was suspended by the board on June 2.

The National Industrial Court in Abuja had restrained the board of the FHA Homes Limited, a primary mortgage institution, from suspending Mr. Igbinoba.

Mr. Okafor had approached the court and sought its intervention in the suspension of his client.

He also prayed the court to direct the defendants and their representatives to reverse all steps taken in pursuance of the suspension letter issued to Mr. Igbinoba pending the determination of the motion.

The motion was filed alongside a supporting affidavit and affidavit of urgency.

In his ruling, Justice Esowe granted all the payers contained in the motion and issued an order barring the defendants from taking any action on the issue in dispute until they are determined.

“The court hereby makes an order directing the 1 and 3rd respondents to reverse all the steps taken by them, their privies, officers, agents, servants or any other person, or authority acting on the 1st and 3rd respondent’s behalf and or instructions pursuant to the latter dated 2nd June, 2015, including but not limited to relinquishing and restoring the control and powers vested in the applicant as managing director of the 2nd respondent pending the determination of the motion on notice,” the injunction reads in part.

Instead of complying with the ruling of the court, the board on Tuesday published an advertorial in many national newspapers, in an apparent attempt to justify among other things, its action against Mr. Igbinoba.

In one of the advertorials published by the FHA Public Affairs Group on page 54 of the Daily Trust Newspaper, the organisation restated its commitment to rout corruption in the FHA.

This newspaper visited the bank on Wednesday and confirmed that Mr. Igbinoba had not been reinstated.

The Acting MD, Haytudeen Atiku, said he could not meet with PREMIUM TIMES and did not give any reason for turning down a request for an interview.

Speaking with PREMIUM TIMES, counsel to the MD, Mr. Okafor said he went to both the corporate headquarters of the FHA and the FHA Homes to serve the court order on Monday.

“After the service of court order on the MD of the FHA, Prof. Al-Amin, we went to serve the order on the headquarters of the FHA Homes. But when we got there, the Acting MD refused to vacate the office,” he said.

The legal practitioner said he has again approached the court and obtained a notice of consequence of disobedience of the court which has been served on Messrs Al-Amin and Atiku.

“Take notice that unless you obey the directions contained in this order, you will be in contempt of court and be liable to be committed to prison,” the short notice dated June 24, reads.

When contacted on the telephone, Mr. Al-Amin said he got to know about the court order on Tuesday morning.

According to him, the board approached the court and intimated it that there was an ongoing mechanism to settle the matter.

“I got to know about the court order yesterday (Tuesday) morning. What we did was to approach the court to tell them that this is arbitration between an employer and an employee and that what the system provides is that reconciliation measures must be exhausted before going to the court.

“The court is only the last resort and we have not exhausted these avenues of fixing the issues.

“He wrote a petition to the ministry and a ministerial committee has been constituted to take care of the issue. We have also appointed forensic experts to look into the operations of the bank.

“He has written another petition to the CBN and the CBN has already written to us and we have furnished them with our explanations.”

Asked why advertorials were sponsored in some national newspapers, Mr. Al-Amin said the action was taken to clear the impressions made by some media organisations that the crisis in FHA Homes was part of a major rot in the FHA.

He said the current leadership of the FHA was trying to fix the wrongs it inherited in the housing authority, adding that the current action in the FHA Homes was a part of measures to reform the operations of the bank.

“We came in and we set out to fight corruption in the system and FHA Homes is just one of them. That was why we needed to put up that advertorial and it is very important,” he said.

Meanwhile, the suspended MD, Mr. Igbinoba, has denied all the allegations against him by the board and has petitioned the CBN, the Permanent Secretary, Ministry of Lands, Housing and Urban Development and the board to rescind the suspension order.

He accuses the board chairman of going after him for allegedly disobeying his (Al-Amin) “illegal” orders including the promotion of two senior staff and award of contracts against laid down rules.