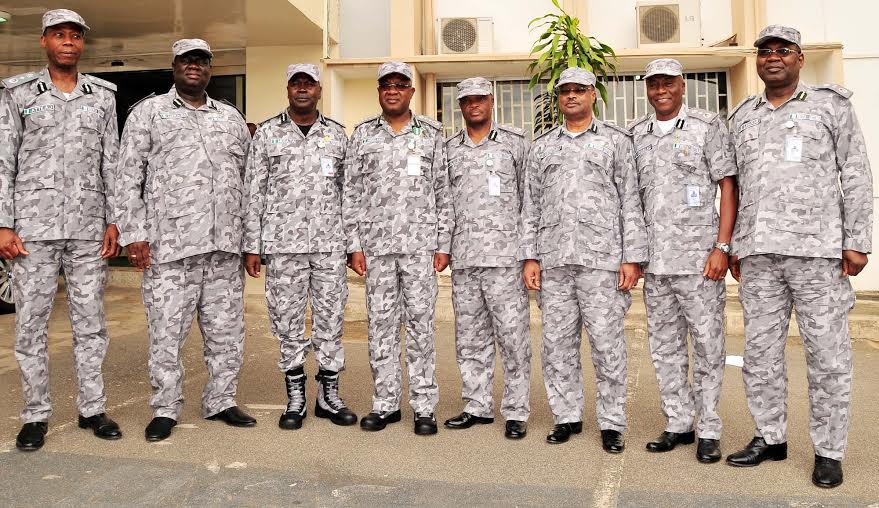 Nigerian govt. bans police, other para-military agencies from use of camouflage uniforms

The use of camouflage uniforms by various security agencies other than the Armed Forces namely the Army, Navy and the Air Force has been banned.

The Nigerian Police will however use the uniform when in Joint Operation with the military or on special operation such as specific anti-riot missions, a statement by the Director of Defence Information, Chris Olukolade, said Friday.

Mr. Olukolade, a Major General, said the te new rule followed the directive of the National Security Council approving the recommendations of a committee on measures to streamline the use of camouflage uniforms.

This, he said, was in view of the security implications and concerns raised on the clamour, duplicity and proliferation of camouflage uniforms in the country.

“The use of camouflage/fatigue is therefore restricted to the military and for occasional use by the police henceforth,” the statement said.

Mr. Olukolade added, “The directive also stipulates that the military is to adopt only two types of camouflage for the three arms of the Armed Forces.

“All para-military agencies using various camouflage/fatigues uniforms have up to January 2016 to withdraw such materials currently in their inventory.

“With this development, the Ministry of Justice along with law enforcement agencies have been tasked to ensure that extant laws guiding the use of uniforms in Nigeria are strictly enforced.

“In the same vein, the Office of the National Security Adviser has been vested with the authority to vet and clear any production and supply of camouflage uniforms in Nigeria.

“The proliferation and imitation by criminals and impostors using uniforms especially the camouflage have been generating some concern in national security circles.

“The development has been communicated to all the agencies by the Office of the National Security Adviser.”