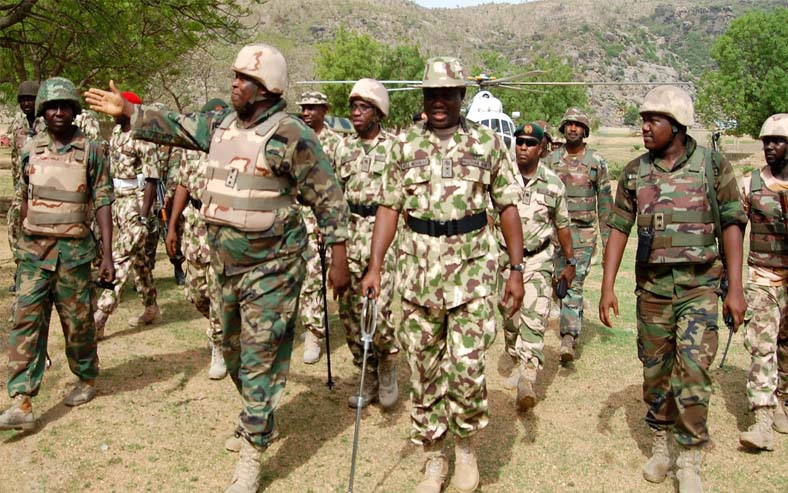 The chief of Army Staff, Kenneth Minimah, on Thursday visited troops engaged in the war against terrorism in various North Eastern part of Nigeria.

Commending the troops for their efforts in turning the tide against insurgents, Mr. Minimah encouraged them not to relent in the tasks.

Mr. Minimah urged the soldiers to be more dedicated, professional and continue with the same zeal and determination till attainment of the set objective of locating and destroying Boko Haram camps and enclaves.

Receiving briefings from commanders of various units, Mr. Minimah stated his determination to continue to support and encourage them and enjoined them to maintain the momentum.

In his brief, the Brigade Commander, 26 Task Force Brigade Gwoza, Itenuma Irabor, a colonel said, following the recapture of Gwoza, and military presence, normal life activities have returned in the community.

Mr. Irabor said his Brigade was working with the Borno State government and youth vigilantes for screening of returnees and preventing infiltration of fleeing terrorists from Sambisa forest.

He also said his Brigade had embarked on measures to enhance cordial relationship with the civil populace.

Stating that achievements of the troops against insurgents in the recent weeks have brought international recognition and rekindled national pride, the army chief informed the troops that the President, Muhammadu Buhari, and Nigerians were proud of them.