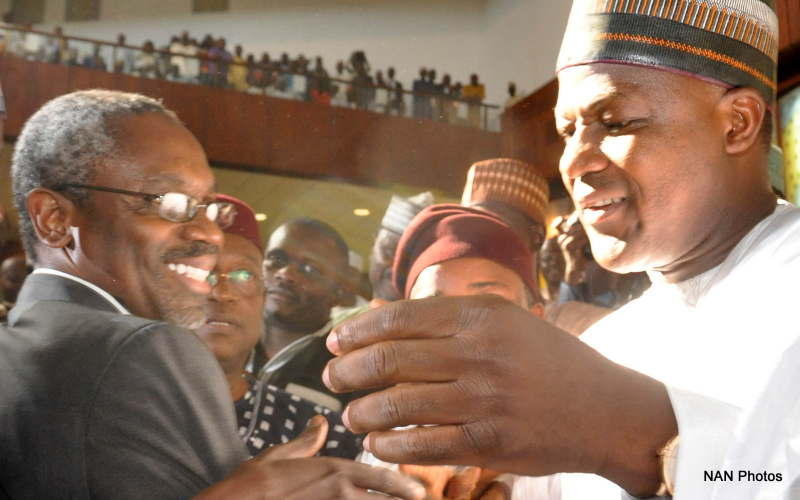 Members of the House of Representatives have elected Yusuf Suleiman Lasun, the Deputy Speaker, in spite of the All Progressives Congress endorsement of his opponent Monguno Tahir.

Mr. Lasun, representing Irepodun, Olorunda, Osogbo Federal Constituency in Osun State, belongs to the Consolidation Group whose members had defied the leadership of the APC to elect Yakubu Dogara, from Bauchi State, as Speaker earlier.

His opponent, Mr. Monguno, was loyal to the leadership of the ruling party and had been anointed to emerge deputy speaker by the party, following a controversial mock election held on Saturday.

As it went for Mr. Dogara, the PDP caucus also aligned with their APC counterparts who had vowed not to respect the position, to ensure the emergence of Mr. Lasun as Deputy Speaker.

He has been sworn-in.