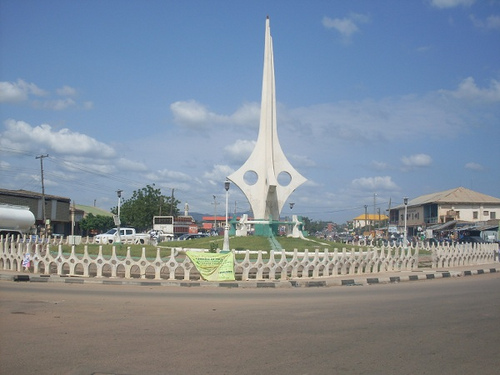 Ten more people have died from a suicide bombing at a market at Jimeta in Yola, the Adamawa State capital, police said Saturday.

The blast occurred at about 7:45pm Thursday at outside the market, near a Zenith Bank branch.

The National Emergency Management Agency, NEMA, had confirmed on Thursday that 27 people died in the attack.

The news agency quoted an unnamed police source as saying 35 bodies had earlier been seen at the scene of the blast, bringing the total number of deaths to 45.

Ammar Joshua, who lost her two daughters aged 20 and 24 to the blast, said, “l just left for home after we finished selling my cooked food and asked them to pack and come home not knowing that it is last time I will see them”.

A resident of the town, Salihu Aliyu, had told PREMIUM TIMES that the blast happened in front of the Jimeta main market as traders were hurrying to go home after the day’s business.

“We just finished observing the Maghrib prayer when we heard a loud blast in the direction of the market,” he said.

No group has claimed responsibility for the attack, although Boko Haram, which has carried out similar attacks for years, is suspected.