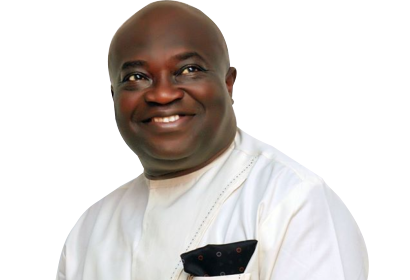 The Abia State Governor, Okezie Ikpeazu, has formally directed that the appellations: “His Excellency” and “Executive”, be dropped in all official and informal communications with him.

He said he would rather prefer to be addressed simply as “Dr. Okezie Ikpeazu, Governor of Abia State”.

A statement Friday by the governor’s spokesperson, Godwin Adindu, said,”The governor wants all public communication to be concentrated on the work and policies of the state and not on the person of the governor and has therefore directed all contractors, political groups, individuals and party loyalists not to put his portrait on billboards, posters and signages but to ONLY use the pictures of ongoing projects in their billboards and posters.

“The governor has also directed the general public to remove all congratulatory posters and election billboards littering the environment as these public posters are defacing the environment of the state. He has further charged the people of the State to be partners with government in ensuring a healthy and beautiful environment.

“He is also, by this directive, re-assuring the good people of Abia State of his mission of service to the people and therefore urged the citizenry to key into the new vision.”

Tennis: Not over for Nadal despite French Open ouster