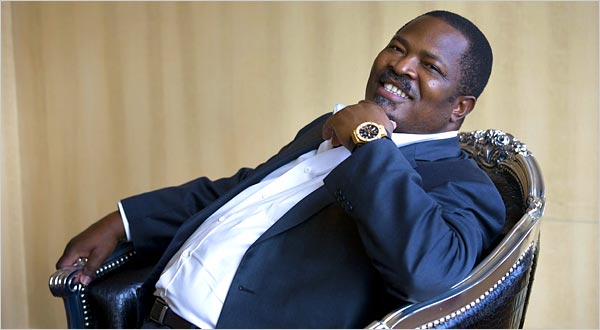 Mr. Ibe, a former Editor, Saturday Newspaper of THISDAY, had in July 2011 slammed a multi-million naira suit on THISDAY and Mr. Obaigbena seeking, among other reliefs, payments of his pension, outstanding entitlements, remittance of his tax as deducted by the company and for the court to order the Economic and Financial Crimes Commission, the Press Council of Nigeria and the Federal Inland Revenue Service to investigate the defendants.

Justice M N Esowe of the National Industrial Court on February 18 in suit number NICN/ABJ/26/2011 awarded N1 million in general damages and other succeeding relief running into several millions of Naira to Mr. Ibe in the suit against Mr Obaigbena and Leaders & Company Limited.

Justice Esowe, on April 21, granted an order nisi in favour of Mr Ibe to the tune of N19,723,854.61 as requested in the garnishee application brought to enforce the judgment debt.

But counsel to Mr Ibe, Messrs Noble Ifeme Esq of Trinity Chambers has now filed an application at the National Industrial Court of Nigeria, Abuja to commit Mr Nduka Obaigbena and agent(s) of Leaders & Company Limited to prison.

In the motion on notice dated May 25 and signed by Noble Ifeme, Esq, the court is urged to:

– Make an order of committal to prison for contempt of court against the judgment debtors/respondents (Nduka Obaigbena and agent(s) of Leaders and Company Limited);

– Make an order for substituted services on the Judgment Debtors/Respondents by pasting same on conspicuous parts of their principal place of business at No. 1 Solomon Lar Way, Jabi, Utako District, Abuja.

– Make an order deeming the aforesaid service as proper and effective and for such further or other orders as the court may deem fit to make in the circumstance.

– That the court presided over by Justice M N Esowe had delivered judgment on the 18th day of February 2015 that the Judgment Debtor (Nduka Obaigbena and Leaders and Company Limited) shall take steps and pay the Judgment Creditor (Paul Ibe) all sums of money contained in the aforesaid judgment and,

– That the Judgment Debtor has wilfully neglected, failed and refused to comply with the aforesaid judgment till date.

The application is supported by a five-paragraph affidavit deposed to by one Chika Onyiorah, Esq.

When the matter came up for hearing on Wednesday, May 27, Justice Esowe adjourned ruling on the contempt and garnishee applications and stay of execution of the judgment filed by Mr. Obaigbena and Leaders and Company Limited to July 13.

Nigeria2015 Transition: History is made as Buhari Takes Over – LIVE UPDATES