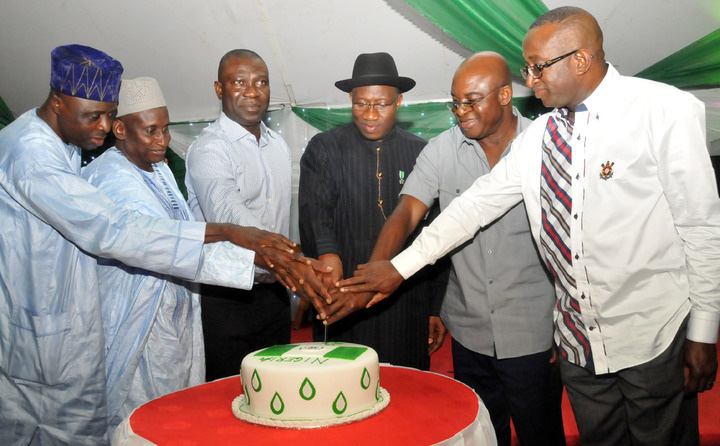 The Supreme Court Nigeria on Monday gave the Executive arm of Nigerian government and the National Assembly 48 hours to resolve their differences over the Fourth Alteration of 1999 Constitution Bill.

They are to return to the court after harmonising their respective positions and with the report of their out-of-court settlement on May 27, the apex court ordered.

President Goodluck Jonathan had vetoed the Bill passed by the National Assembly. The lawmakers threatened to override the President’s veto but were restrained by the Supreme Court.

The Supreme Court on May 7 fixed June 18 for hearing of the matter, but last week suddenly reversed the hearing date to May 25, today.

The decision was informed by an application filed by the National Assembly, through its counsel, Adegboyega Awomolo, seeking re-listing of the case before the expiration of the current National Assembly on June 5.

He had urged the court to discharge its order of interlocutory injunction made on May 7 for the maintenance of status by parties and restraining the NASS from overriding the president’s veto of the amendments.

On Monday, the Supreme Court said the issues in contention were simple and could be reconciled by the parties without the court’s intervention.

The Chief Justice of Nigeria, Mahmud Mohammed, who presided over the proceedings, issued the ultimatum following an application by Bayo Ojo, counsel to the Federal Government.

Mr. Ojo had in the application sought to amend the originating summons which he filed on behalf of the Attorney-General of the Federation by seeking to substitute the AGF with the President of the Federal Republic of Nigeria as the plaintiff.

But Mr. Awomolo opposed the application on the ground that it was “incurably defective.’’

Mr. Awomolo argued that the proper party in the suit was the President of Nigeria, who was not before the court and, therefore, urged the court to strike out the suit.

Responding to Awomolo’s submission, Mr. Ojo argued that his application, dated May 20, and brought to court on Monday, was to deal with the inherent defectiveness of his originating summons.

The Chief Justice, however, disagreed with Mr. Ojo, saying that even if the AGF was replaced with the President, the originating process would still be defective since the supporting affidavit was not sworn to by the president.

He advised Mr. Ojo to withdraw the originating summons and come back with a fresh suit.

Mr. Ojo did accordingly and the originating summons was struck out by the court.

However, Mr. Awomolo’s refusal to give a written undertaking on behalf of the National Assembly on the maintenance of status quo ante as earlier ordered by the court on May 7, made the court to direct the parties to go back and reconcile and report their out-of-court settlement on Wednesday.