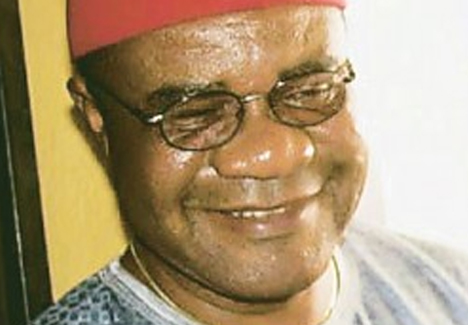 A former chairman of the People’s Democratic Party, PDP, Vincent Ogbulafor, has accused his party of helping its presidential candidate lose the last elections and called on the members of its National Working Committee, NWC, to resign.

Speaking with the News Agency of Nigeria in Umuahia on Sunday, Mr. Ogbulafor said the members should take the path of honour by bowing out of the committee.

He added that the members should resign in the interest of the party and pave the way for fresh hands to pull the party out of the woods and reposition it ahead of the 2019 general elections.

He described the resignation of the National Chairman and the Chairman of the Board of Trustees of the party, Adamu Muazu and Tony Anenih respectively, as a welcome development.

“I feel happy about their resignation because I feel they did so in the interest of the party.

“So, I feel it is better for all the committee members to voluntarily resign if they love the party and want it to survive,’’ he said.

Mr. Ogbulafor further urged the NWC to accept responsibility for the party’s poor performance in the 2015 general elections and the failure to win a second term in office for President Goodluck Jonathan.

“The party played the politics of hate and exclusion,” he said, adding that “past national chairmen were completely excluded and were never invited to offer our own ideas on how to deliver Jonathan.

“When I was the chairman, I controlled 28 states and a majority in the National Assembly and also won additional four states for the party.

“Some of us performed better and have good ideas on how to keep PDP in power for as long as I predicted,’’ he said.

Mr. Ogbulafor, who predicted that the party would rule Nigeria for uninterrupted 60 years, said that the feat was possible had the party sustained the line-up.

“I made the prediction in clear conscience and realisation that it was achievable, given that PDP controlled 28 states, majority in the National Assembly and local government administration.

“So, there is nothing that could have stopped PDP if we were able to control the line-up.’’

Mr. Ogbulafor blamed the woes befalling the party on the emergence of a ‘’reform group,’’ saying that the group created factions within it.

He also said that the incessant change in the leadership, with five chairmen so far produced within a space of five years after his exit was counter-productive.

“Since I left office, PDP has changed its chairmen five times. This is a pointer that all is not well with the party.

“This is why I am calling on the NWC members to quit without compulsion to pave the way for fresh blood that will bring vibrancy and help to move the party forward,’’ he said

Mr. Ogbulafor said that the incoming governors, who would be the financiers of the party, would also wish to inherit a fresh NWC, populated by fresh people.

He said he was not planning to leave the party in view of the current challenges.

He said his visit to the National Chairman of the All Progressives Congress, APC, John Oyegun, on the heels of the party’s electoral victory was to congratulate him in the spirit of sportsmanship.

Mr. Ogbulafor, who also congratulated President-elect Muhammadu Buhari described his election as compensation to Katsina and the north over the death of late President Musa Yar’Adua.

‘’I feel happy that the presidency went to the north, particularly Katsina, the home state of late Yar’Adua, who died in office without completing his tenure and the slot for the north,’’ he said

APC to hold retreat for House of Representatives members-elect