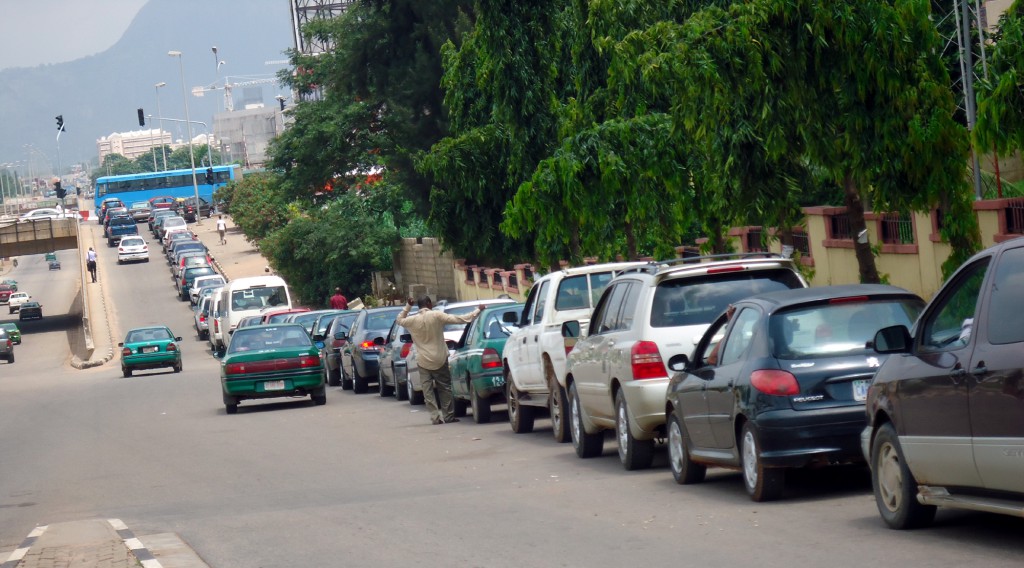 Fuel queue in Abuja used to illustrate the story

The Lagos Chamber of Commerce and Industry, LCCI, on Sunday called on the incoming administration of President-elect Muhammadu Buhari to deregulate the oil and gas downstream sector.

This is contained in a statement issued and signed by the President of the chamber, Remi Bello, on the current fuel scarcity and power supply situation in the country.

It said that deregulation of the sector would help to provide enduring solution to the recurring problem of scarcity of petroleum products in the country.

The chamber identified other challenges, apart from fuel scarcity, to include corruption in the subsidy regime, collapse of refineries, dwindling investment in the downstream sector and loss of jobs.

According to LCCI, options available to the incoming administration in this matter are very limited.

It stated that the current regime of subsidy and government’s direct involvement in the operations of oil and gas sector should be discontinued.

The chamber said that such step would help the sector and lead to normalcy in the nation’s the economy.

“We appeal to the labour unions and the citizens to give the reform of the oil and gas sector a chance.

“The current model of managing the sector has done a colossal damage to the Nigerian economy.

“It is in the overall interest of the economy and the citizens that government should quickly deregulate the sector,” the chamber said.

The group said that the government needed to demonstrate accountability to the people through active engagement with stakeholders in the petroleum industry to bring an end to the crisis.

“The LCCI acknowledges that the current administration is winding down, but the impression should not be created that governance has been abandoned.

“The administration has responsibility for the management of government business till the very last day of its tenure on May 29.

“We call for an urgent intervention by President Goodluck Jonathan to bring a halt to the imminent collapse of economic and social life in the country,’’ the chamber said.

Nigeria approves N500 million each for 4 new Universities of Education

INTERVIEW: How to develop football in Nigeria – Onigbinde