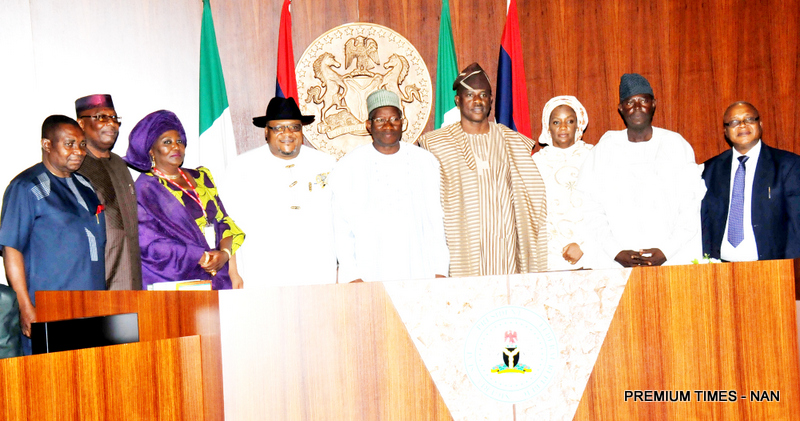 President Goodluck Jonathan will formally dissolve the Federal Executive Council on May 28 ahead of the inauguration of Muhammadu Buhari as new president of the country the next day.

The exercise will however be preceded by valedictory speeches to be given by the president, vice president and members of the Council on May 27.

This indication emerged after Wednesday’s meeting of the Council.

Sources at the meeting said Mr. Jonathan discouraged ministers from presenting policy memoranda since a new federal administration would assume power in a few days.

The FEC comprises of ministers, ministers of state and special advisers to the president and the vice president.

The body also known as the cabinet meets every Wednesday and it is chaired by the president.

It has been variously criticised for concentrating more on contract awards instead of policy direction.

Mr. Jonathan will formally hand over power to Mr. Buhari at the Eagle Square, Abuja, on May 29.

He assumed power on May 6, 2010 following the death of former President Umaru Yar’Adua.
He was elected president in the 2011 election.

Mr. Jonathan, who flew the flag of the Peoples Democratic Party in the March 28 presidential election lost to Mr. Buhari of the All Progressives Congress.