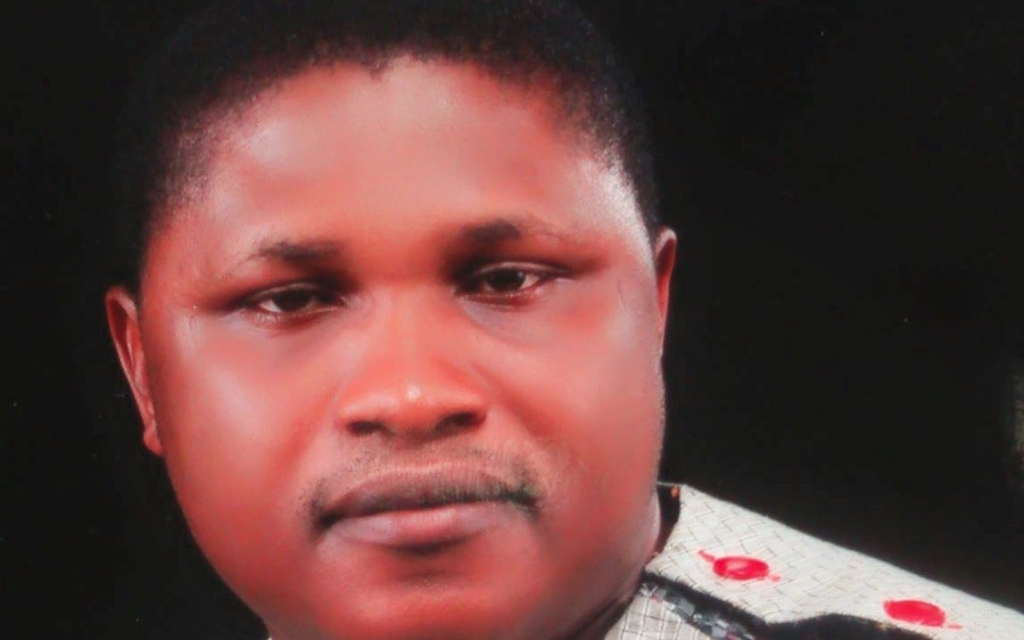 A newly elected member of the Akwa Ibom State House of Assembly, Idongesit Ituen, is facing barrage of criticisms over his controversial comment suggesting that a newspaper publisher who is not from Akwa Ibom should relocate to his state of origin.

David Augustine, the publisher and editor-in-chief of Weekly Insight, an influential local newspaper in Akwa Ibom State, posted on Facebook, Thursday, a prototype of the yet-to-be-completed Ibom Tropicana Entertainment Centre, with the following comment: “15 Days to go! Still looking for this complex since 2008. Still asking how much has so far been spent.” 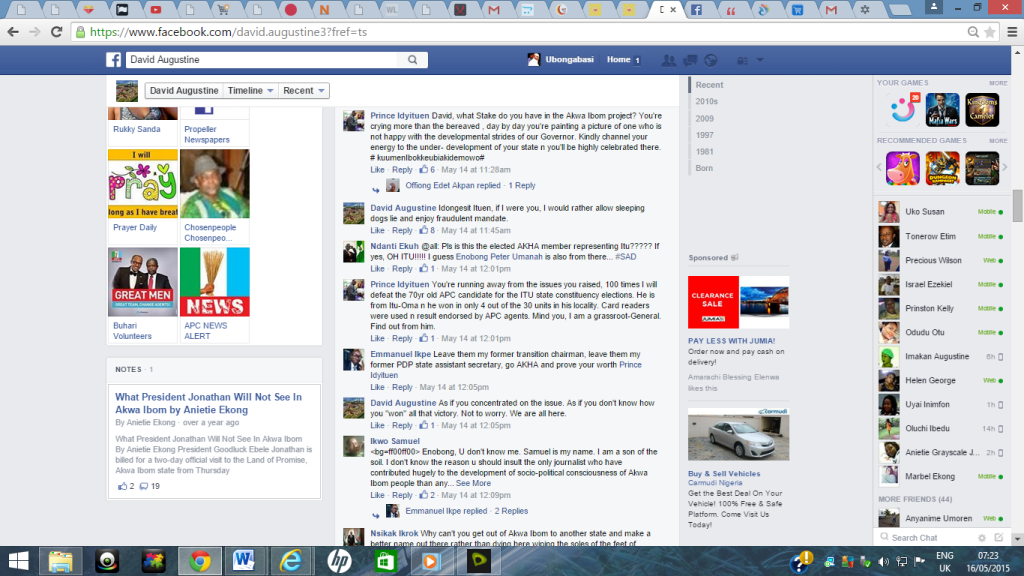 But Mr. Ituen, who just won election to represent Itu State Constituency in the Akwa Ibom State House of Assembly felt the Weekly Insight publisher, not being an indigene of Akwa Ibom State, has no locus probing Akpabio’s projects.

“David, what stake do you have in the Akwa Ibom project?” Mr. Ituen commented on David Augustine’s post on Facebook. “You’re crying more than the bereaved, day by day you’re painting a picture of one who is not happy with the developmental strides of our Governor. Kindly channel your energy to the under- development of your state and you’ll be highly celebrated there.”

Mr. Augustine, the publisher, is from Enugu State, but has lived and worked in Akwa Ibom State for more than 15 years. His wife and children live with him in Uyo, the state capital, where he runs his newspaper business.

Mr. Ituen who wrote from Abuja, the nation’s capital, where he was attending a training workshop for newly elected legislators went further to say, “until a journalist is jailed, this cash and carry journalism will not stop in our dear state.” The lawmaker-elect did not provide any evidence that the publisher received bribe from anyone to make that publication.

The lawmaker’s controversial comments came immediately after a similar one from one Enobong Umanah, and could be interpreted as an endorsement of Mr. Umanah’s suggestion.

Mr. Umanah, a staff of the state’s Ministry of Information and Communications, told Mr. Augustine “Go to Abia state and start criticizing your governor, leave our governor alone.”

Mr. Umanah became even angrier and his comment nastier, when one young man, Ikwo Samuel, who said he is from Akwa Ibom State and mentored by Mr. Augustine, tried to explain how unreasonably it was to attack the Weekly Insight publisher. “You are a big fool, can you go to their land and insult a common chief not to talk of a sitting governor in any Igboland. Please stop selling your birthright, idiot,” Mr. Umanah responded.

Surprisingly, Oto Mbioto, the chief press secretary to the Speaker of the Akwa Ibom State House of Assembly, Sam Ikon, and Emmanuel Ikpe, personal assistant to the Chairman of the Nigeria Union of Journalists, Akwa Ibom State Council, Patrick Albert, ‘liked’ the controversial Facebook comments made by both Messrs Ituen and Umanah.

But a group in Akwa Ibom State, Committee for Political Freedom & Responsibility, lambasted Mr. Ituen for ‘playing the ethnic card’, and said “It is regrettable that such a narrow-minded fellow like Idongesit Ituen will soon be having a pride of place in what is supposed to be a hallowed chamber of the Akwa Ibom State House of Assembly when it is inaugurated, where he will be expected to make laws and advocate for the unity, peace and development of the state.”

The group said, “Mr. Idongesit Ituen is a clear proof that there is something fundamentally wrong with Akwa Ibom politics, most especially the process of electing political leaders in the state. The member-elect is a disgrace to the people of Itu State Constituency in Akwa Ibom State. He is a bad omen to the soon-to-be-inaugurated sixth assembly in Akwa Ibom State.”

Torobong Ekpo, one of the many journalists in Akwa Ibom who commented on the issue, said he was surprised that Ituen could distract himself from the training workshop he was attending in Abuja to unfairly take on a journalist, and that it was unfortunate that Mr. Ituen wants to use tribe and territory to put a limit on the practice of journalism in Akwa Ibom State.

He asked Mr. Ituen to retract his statement and apologise to Mr. Augustine.

The lawmaker-elect could not be reached to comment for this story. He did not answer or return multiple calls to his mobile telephone.

SSS detains, tortures man for 36 days for being MASSOB member