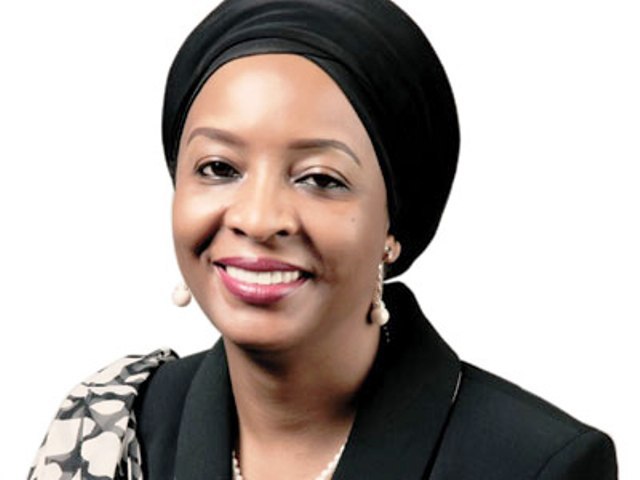 Ms. Umar, a banker and economist, became the executive secretary/ CEO of the NIPC on May 19, 2014. She was the first female to hold the position since the establishment of the commission in 1999.

She earned her Bachelor’s Degree in Economics from Ahmdu Bello University Zaria, Kaduna State in 1989. She also has a Master’s degree in Business Administration.

She joined the Nigerian Export-Import Bank (NEXIM) in 1982 as a pioneer staff and later rose to a career executive and deputy general manager.

On April 22, 2015, angry staff of the commission shut down the office to protest the continued stay in office of Ms. Umar as the Executive Secretary of the Commission.

The workers accused her of “gross incompetence, high handedness and staff intimidation”, particularly her insensitivity to staff welfare and improved working conditions.

The worker had also accused Mrs. Umar of mismanagement of the agency and her divide and rule policy, by selectively attending to her loyalists, while denying others, including senior management staff, their entitlements.