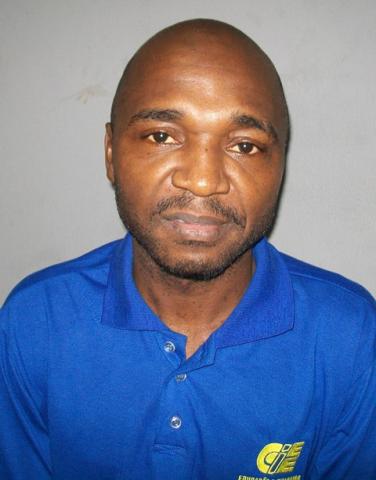 I swallowed 70 wraps of Cocaine in 7 hours, suspect tells NDLEA

A suspected drug trafficker has told officers of the National Drug Law Enforcement Agency how he ended up attempting to smuggle cocaine into Nigeria from Brazil.

Celestine Okonkwo, who was returning from Sao Paulo, was arrested at the Nnamdi Azikiwe International Airport, Abuja, after he tested positive to cocaine ingestion.

The suspect later excreted 70 wraps of cocaine weighing 1.326 kilogramme, according to Hamisu Lawan, NDLEA commander at the airport.

Mr. Okonkwo told investigators that he sold used clothes at Idumota market, in Lagos, before he was lured abroad with a promise of better job.

“I will never forget the day a young man came to my shop to buy shirt,” said Mr. Okonkwo, 39.  “He told me he is from Anambra and that he lives in Brazil. He also promised to help me with a good job opportunity over there.

“Honestly, I was excited and felt it was answer to my age-long prayer. He collected my phone number and left. This was how it all started.”

Three months later, according to the suspect, the man called to inform him he had prepared an international passport and also secured a travel visa.

“Then he told me to get set to travel any time,” Mr. Okonkwo said. “Few weeks later, he brought my ticket and I travelled to Brazil in January 2015

“He gave me the name of the hotel where I will stay pending when he will get me a job. I was eventually abandoned to suffer. When I exhausted my money, I began to sleep in a church. I also began to work for a Nigerian woman who owns a restaurant in order not to starve to death.”

The suspect stated that drug trafficking was not originally discussed with his supposed benefactor before he left Nigeria.

“Nobody discussed drug trafficking with me while in Nigeria,” Mr. Okonkwo said.

“It was after I had lived in the church for some months that my sponsor located me in Sao Paulo. I was told that there is no free lunch in Brazil and that I have suffered and experienced difficult life in Brazil.

“This was the point they introduced drug trafficking as the only way out. They said that was what people do to make money. It took me about seven hours to swallow 70 wraps of cocaine. I was inexperienced because it was my first time. They promised to pay me N400,000 when I get to Nigeria.”

Mr. Okonkwo said he regretted his actions, more so as he had ended up disappointing his wife and daughter who are living with his parents in the village.

“God bless Nigeria,” he said. “There is no poverty here except the person chooses to be poor.”
Ahmadu Giade, chairman of NDLEA, said Mr. Okonkwo’s story should serve as a warning to those seeking to travel out of the country in a hurry.

“There is nothing wrong in seeking greener pastures but people must be properly guided,” said Mr. Giade.

“Travelling out of the country without money to pay for your accommodation and feeding is ill-advised. Those who promise job opportunities abroad are after their selfish interest.”

Mr. Giade also added that his agency is determined to investigate and expose Mr. Okonkwo’s sponsors.