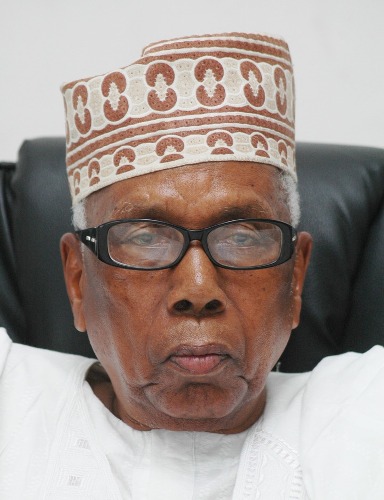 The All Progressives Congress had on Thursday accused the government of failing to co-operate with its transition team.

The APC had made the accusation through its spokesperson, Lai Mohammed.

But reacting to the allegation on Friday, the PDP spokesperson, Olisah Metuh, said the APC’s claim was as “unnecessary and diversionary” as it was “false and tendentious”.

Mr. Metuh stated that the meetings of the transition and inauguration committees of both parties have been going on fruitfully and wondered where the “false alarm” was coming from, “if not a measure of confusion in the APC camp”.

The chairman of the APC transition committee has now confirmed Mr. Joda’s claim.

Speaking with journalists at the State House, Abuja, after a meeting with the government side, chaired by Vice President Namadi Sambo, at the Presidential Villa, Abuja, Mr. Joda said his committee is getting all the necessary cooperation from the outgoing government.

Insisting that the two committees were operating on the same page, Mr. Joda dismissed reports that the presidency was not cooperating with his committee to ensure a smooth transition.

“Our committee has never said to anybody that there is no cooperation, we have never said that and we are waiting for the reports, until when they come,” he said.

The secretary to the Government of the Federation, Pius Anyim, also told journalists that the meeting was “fruitful and cordial”.

He said, contrary to speculations, there was no contending issue between the two committees as rumoured in some quarters.

“The meeting was very, very fruitful; it was very cordial,” he said. “There is certainly no (contending) issue, we are flowing and we have clearer understanding of the working of the two committees.”

Thief electrocuted to death while trying to steal electric cable