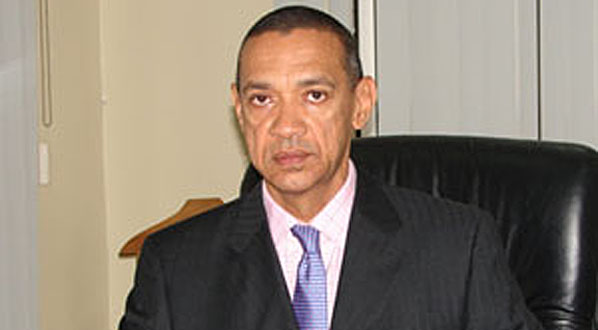 Mr. Bruce, who tweets via @benmurraybruce, had joined other legislators, including Senator Bukola Saraki and Senator-elect Solomon Adeola who in recent times urged the incoming administration to cut down on government expenses and fight corruption.

But the youths saw it as an opportunity to attack the Silverbird group chairman for what they consider his under performance as director general of the Nigerian Television Authority.

Some Nigerians wondered why he didn’t transform NTA the way he has done with his Silverbird Television.

@XANTAPLUS 6h6 hours ago
How come BEN BRUCE @benmurraybruce didn’t take NTA to the next level as he did for his personal business Silverbird.Talk is allowed though

He was also accused of not speaking against the government of President Goodluck Jonathan, his kinsman.

@Ayourb 19h19 hours ago
I love Ben Bruce jare… He unlooked for 6yrs as his “kinsman” decimated the fabrics of Nigeria.
Today he wants to right all the wrongs. LOL

@XANTAPLUS 6h6 hours ago
So BEN BRUCE (@benmurraybruce) finally found his lost voice to talk about corruption. How many times did he blast Jonathan’s corrupt govt?

Mr. Bruce had earlier tweeted that government should cut cost of governance and also asked the president-elect to sell all cars in the presidential fleet and use made-in-Nigerian cars.

“We must be realistic. If we have to borrow to pay salaries, it’s a sign we must cut salaries including for Senators. I’ll lead that charge! Left to me, we must sell the Presidential fleet. Public servants, including President, must only use made in Nigeria Peugeot as official car!” he said in a series of tweets.

He also wondered why state governors blame the federal government for their inability to pay workers’ salaries. Osun, Imo, and Benue are among states owing over 5 months’ salary.

“If I can’t pay salaries of the 1000 staff at Silverbird should I blame my dad? Why would Govs blame FG or anyone for failure to pay salaries?” he queried.

Critics however saw this as an opportunity to hit the senator-elect with one accusing him of bias in the handling of his Most Beautiful Girl in Nigeria beauty pageant. https://twitter.com/MgbekeFF

Tweeting further, he added: “After you left NTA as a DG we witnessed ‘midas touch’ in Silverbird TV, Galleria, expensive Restructuring of Rhythm FM. I am particularly worried we could not get to the bottom of the N8Billion NTA refurbishment scandal. Please lets revisit”.

He said should the senator-elect investigate the N8Billion NTA equipment scandal he would be pleased and would consider it a “great start” for Nigeria.

“if you can assist Nigeria in getting to the root of the N8Billion NTA equipment scandal. That will be a great start for us”.

Despite the bashing, Mr. Bruce maintained that he is poised to make a change at the 8th national assembly.

“When I see anger in youths on Twitter, I’m inspired to make a change at the Senate. Don’t stop being angry until you see results you want!” he tweeted.

APC replies Jonathan: You must account for your actions