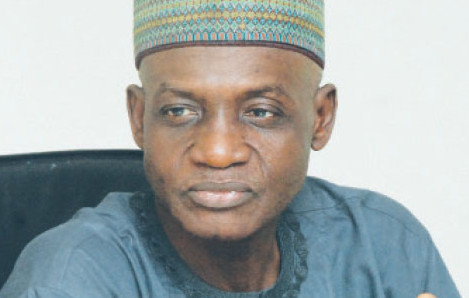 A former Minister of Commerce, Mustafa Bello, has announced his intention to withdraw his membership of the Peoples Democratic Party.

In a letter to the Chairman, PDP Central Ward, Kontagora Local Government Area of Niger State, Mr. Bello said he was withdrawing his membership of the party “on purely personal reasons”.

Copies of the letter dated April 12 with reference number MB/12042015@1644 was also sent to the PDP Chairman in Kontagora LGA and the Chairman of the Nigeria Union of Journalists, Niger State Chapter.

“I thank you for the opportunity to associate with you over the last 16 years. Yours sincerely.”

Mr. Bello, an engineer, served as minister in the Olusegun Obasanjo administration between 1999 and 2002. He was appointed the Executive Secretary of the Nigeria Investment Promotion Board the following year.

He had shown interest in the governorship race in Niger State and contested the primary elections of the PDP in 2003 and 2015.

Mr. Bello, 61, is a cousin of the billionaire retired colonel, Sani Bello, a former military governor of Kano State, whose son, Abubakar, won the April 11 governorship election in Niger State on the platform of the All Progressives Congress.

It is not clear if he dumped the PDP because of Abubakar’s victory, though he did not announce his defection to the APC.

President Goodluck Jonathan had stated last week that those leaving the PDP for the APC will return with empty stomach.