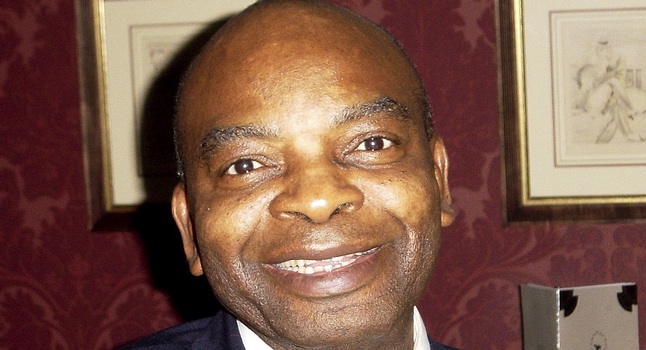 One of the major financiers of the Peoples Democratic Party, PDP, Arthur Eze, on Monday visited the President elect, Muhammadu Buhari, at his residence in Abuja, saying he was backing Mr. Buhari because God has given him “power”.

Mr. Eze, a controversial businessman, with interest in oil and gas, is a close ally of President Goodluck Jonathan.
He has been linked to several lucrative contracts awarded by the outgoing Jonathan administration.

Mr. Eze has also made several questionable donations, including N1.8 billion in 2013 for a church building and a youth centre in Otuoke, Bayelsa state, the hometown of President Jonathan.

Speaking shortly after seeing the president-elect, Mr. Eze said he was glad that Mr. Buhari, seen as one of the most disciplined leaders in Nigeria and Africa, has been elected president.

He said he believes Mr. Buhari would “organise” Nigeria.

“Things will change in this country. It is God that gives power, and God has given it to Buhari.

“He is coming to change our economy especially the oil sector, as you can see, most of the oil companies who left Nigeria are now coming back,” he said.

Mr. Eze also said he has total confidence in Mr. Buhari based on his experience to take the right decisions, especially as it concerns the oil Industry.

“You know General Buhari has been President of Nigeria and also a former oil minister; he knows the oil industry very well; he is a man who has ability to take a decision.

“He has been in the system for a very long time, that is why God brought him back.

“Everyone of us is supporting him because God has given him power,” he said.