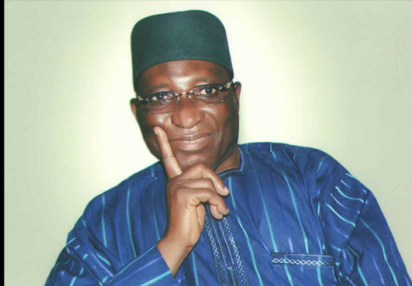 How we sabotaged Jonathan in Plateau​ –​ PDP chieftain

The second civilian governor of Plateau State, and chieftain of the Peoples Democratic Party, Fidelis Tapgun, has said the failure of the party to win the just concluded elections, at the federal and state levels, was a result of President Goodluck Jonathan’s “impunity”, and his failure to rein in governors who hijacked the party.

“Jonathan is an accomplice of the wrongs of Jang in Plateau state,” Mr. Tapgun said, referring to the Plateau State governor, Jonah Jang. “Every wrong thing Jang was doing in Plateau state, Jonathan knew, but he refused to caution him even after we intimated him.”

Mr. Tapgun said in frustration, he and other leaders of the party helped the opposition All Progressives Congress, APC, snatch the north central state.

“We contributed and helped APC win Plateau state, and are not ashamed of it, because we did it openly,” Mr. Tapgun, who contested and lost the PDP governorship primary in Plateau State, said Tuesday at his residence.

“At a point, PDP was turn into the president’s party, governors’ party. Governors became leaders of PDP at the state level, neglected party leadership, decide on who contests and who should not. It is not done like that anywhere in a democratic setting, party must be supreme,” the former governor said.

He accused Mr. Jang of hijacking the PDP in Plateau State and lording over more than 3 million people, including those who helped form the party in 1999.

“Eight of us who contested the governorship position in PDP during the primaries, but were rigged out, met President Jonathan and told him that we will not support his candidature so long as he did not caution Jang on the impunity in the party in our state.

“We told him that Jang has hijacked the party structure with the acting state party chairman, Raymond Dabo, appointing those they wish; elections at whatever level was no longer important, therefore we will not support PDP any longer.

“But Jonathan did nothing about; so, we did what we did, and here is the result. PDP has failed as a result of impunity of the governor. So Jonathan is an accomplice of PDP governors’ highhandedness,” Mr. Tapgun said.

According to the PDP chieftain, President Jonathan was fully aware of his failure before the elections were held, since he refused to adhere to the advice given him.

Mr. Tapgun said the president only tried to reach out to them days before the presidential election, when it was clear not much could be done to reverse the damage.

“On Thursday before the Presidential elections, Jonathan called eight of us from Plateau state who earlier protested the PDP governorship primaries results, called and pleaded with us to support him, but we told him it was too late.

“On sympathy grounds, we guaranteed him our votes, which was just eight votes, because it was too late to convince anyone outside the eight of us to vote for him from Plateau state; we had told our supporters to vote APC both at the national and in the state.”

The former governor advised the incoming APC administration both at the national and state level to learn from the mistakes of the PDP, and focus on developing the country.

“The failure of PDP should serve as a lesson to the incoming administration of APC, they should know that once you fail in your given responsibilities, you will be voted out in the next elections,” he said.

On the possible revival of PDP in Nigeria as an acceptable political party, Mr. Tapgun said those in authority should on moral ground resign their positions, because they have failed.

“In civilized society national chairman of the People’s Democratic Party Adamu Mu’azu should have willingly resigned, because he has failed.”

He however predicted that “PDP will bounce back again only if it changes it attitude toward stakeholders and the entire Nigerians”.