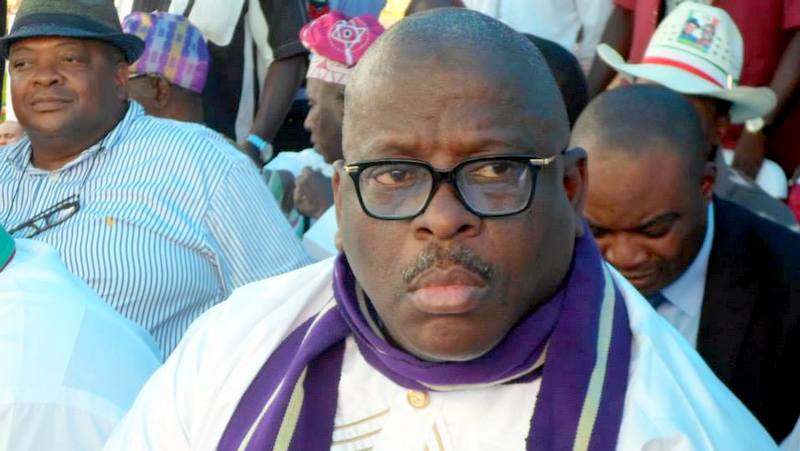 The controversial Peoples Democratic Party Senator-elect in Ogun State, Buruji Kashamu, on Wednesday, said he is not evading trial for drug related offences in the United States of America.

Mr. Kashamu, an American fugitive, said the American authorities only needed to follow due process and not abuse his human rights if a trial were to hold.

The senator- elect insisted that a court in the United Kingdom had cleared him of the drug charges.

“On the U.S case, I wish to state for the umpteenth time that the United States as the bastion of democracy and the Rule of Law would not lend itself to any form of abuse of the fundamental human rights of an innocent soul, especially one that has been arrested, tried and freed by its most trusted ally – the United Kingdom.

“I am not running from any trial. All I have asked is for the relevant parties to follow due process – if they believe that I yet have a case to answer. I stand with the almighty Allah Subhana Wa Tala. He is the protector of all men. He is my refuge and shield. Let no one play God!’

“I believe in the supremacy of the almighty Allah who frustrates the signs of liars and makes fools of diviners, who turns wise men back and makes their knowledge foolish. He is the ultimate decider of the fate of all mortals. When He says yes, no man can say no and when He says no, no man can say yes!,” Mr. Kashamu said.