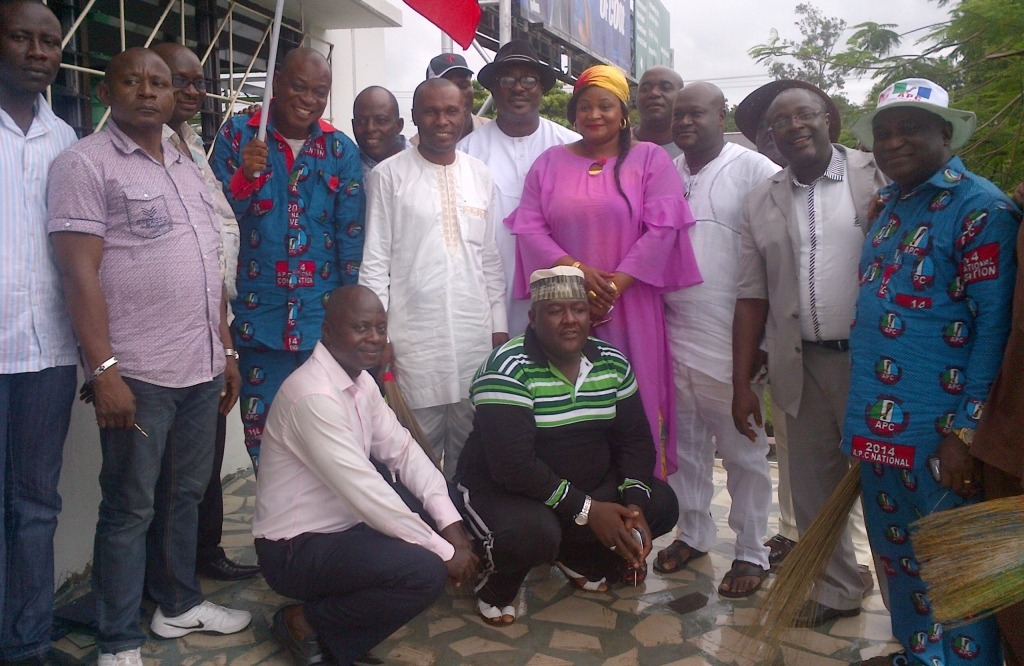 The leaders and members of the All Progressives Congress, APC, in Cross River have passed a vote of no confidence on the executives of the party in the state for allegedly mismanaging N350 million meant for successful electioneering campaigns.

The members also called on the national leadership of the party to ensure the removal of the state chairman, Usani Usani, to save the party from extinction in the state.

The members took the decision at a stakeholders meeting organized by the party’s South-South Zonal Chairman,Hilliard Eta, in Calabar, the Cross River capital.

Mr. Eta described the meeting as “a post mortem to ascertain why the party in the state performed very poorly in the elections.”

The APC ‘performed poorly’ in the general elections in the state where it lost the presidential, governorship and parliamentary elections and was unable to get 25 per cent in the first. The party has, however, accused the ruling Peoples Democratic Party in the state of electoral irregularities.

Mr. Eta also lamented that many members of the Cross River State Executive Committee boycotted the meeting. He described their absence as an act of insubordination that would no longer be tolerated, saying they had been duly informed of the meeting days ago.

“If the party at the national level worked like Cross River chapter then we won’t have the victory we got today,” he said.

“After getting over N350 million, the party is still where it is. Over N100 million for the Presidential and National Assembly elections, N24 million accrued to the state chapter from the sale of forms and others came in under various subheads.”

The party leader also confirmed reports that the Rivers State governor helped to finance the APC in the South South.

“I cannot say exactly how much the Rivers Governor, Rotimi Amaechi, helped the state with,” he said. “I know candidates who went to election with empty hands irrespective of the huge money gotten.”

“I wanted a situation whereby the entire state executive members will be here to discuss as a family,so they explain how more than N350 million was used.

“Money is meant to be in the account of the party not an individual account and accessed when the party has need for it”.

Other leaders of the party from across Cross River also spoke during the meeting.

One of the leaders from the northern senatorial district of the state, Lazarus Undie, said one of the reasons for the failure was the inability of polling unit committees to meet due to lack of funds.

Mr. Undie, who was a governorship aspirant, said “Obudu got N4.6 million for the presidential election while N720,000 came for governorship, nothing more.”

Eyo Ekpo, who contested for the House of Representatives to represent the Calabar Municipality/Odukpani federal constituency, stated that, “I discovered on the 27th day of March, 2015 that N10 million meant for Cross River State was trapped in Uyo for weeks.

“It was the Akwa Ibom State candidate for governor that hinted me after several attempts at contacting the state chairman, Usani, to come and claim the money.”

Mr. Ekpo said he called chairman Usani and that the latter “instructed that the money be paid into his personal account.”

“The betrayal of the party started from the top, we can’t continue like this,” he said while calling for the passing of vote of no confidence on the executives.

Others who spoke in support of the motion for a vote of no confidence on the executives include Joseph Wayas (Jnr.) and Cyprian Igban, both National Assembly candidates at the just concluded polls.

Mr. Eta promised to investigate the allegations saying those found wanting would be dealt with according to the rules of the party.

The state chairman could be reached for his reaction to the meeting as his phone was unreachable as at the time of this report.