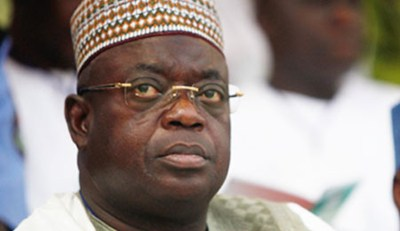 The immediate past governor of Niger State, Babangida Aliyu

The Niger State Governor, Babangida Aliyu, on Friday attributed the defeat of his party, Peoples Democratic Party, in the presidential election and governorship elections in some state to President Goodluck Jonathan’s refusal to honour a single term pact allegedly reached by its leaders.

The governor spoke in Minna at a convocation lecture of the Federal University of Technology where he was the guest of honour.

The lecture was titled, The Role of Law in the Enhancement of Socio-Economic Growth of the Nation.

Mr. Aliyu, who also lost the May 28 senatorial election to represent Niger East Senatorial District, said he and some of the party’s leaders saw the defeat coming.

“Many of us saw it coming,” he said. “When I reminded us (that President Goodluck Jonathan had agreed to run for one term), they nearly crucified me. When I led the G7 (group of seven aggrieved PDP governors), they did not do what we wanted them to do until five members left and they did what we asked them to do.”

While facing Mr. Jonathan’s political adviser, Rufai Alkali, who also attended the ceremony, Mr. Aliyu recounted how he was nearly crucified two years ago when he spoke about the one-term agreement on a programme on Liberty Radio, Kaduna.

“I recall also that when APC (All Progressives Congress) came on board (emerged as a political party), I was the first person to say I was very happy now, we have a strong party to put PDP on its toes and many people were asking, ‘Are you really a member?’” Mr. Aliyu recounted.

“Up until the last elections, the allegation against me had always been that I was a supporter of APC; and now, you have seen the results.”

The governor also said there could be other reasons for PDP’s poor outing during the polls, among which was the desire by Nigerians to have a change.

“So, there are many reasons that will be put together and we will be able to understand and guide people.”

Mr. Aliyu also said corruption does not only mean stealing of money but also engaging in malpractices.

He asked Nigerians to refrain from what could destroy the country’s economy.