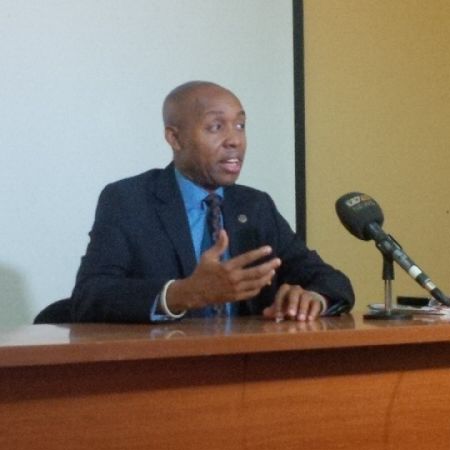 The Chairman of the National Human Rights Commission, Chidi Odinkalu, on Thursday said Rivers, Ekiti, Benue, Imo and Bauchi states are prone to electoral violence in Saturday’s gubernatorial and house of assemblies elections.

According to Mr. Odinkalu, a few states might erupt in violence regardless of the outcome of the elections due to militia violence within the Niger Delta and circulation of small arms in other parts of the country.

Speaking in Lagos Thursday, the NHRC chair said, “There are still challenges in reference to violence and also hate campaign. We now have hate in localise context some of which are pretty intense and during the presidential election, we identified a few cases and in no particular order, we have Lagos state, Rivers state and Kaduna.

“Rivers state continues to pose a rather chronic electoral violence which kind of inter-set with militia violence. The Niger delta militias which are supposed to have been decommission with the amnesty have pretty much brought their guns back and reinforced their guns and Rivers state situation is quiet difficult. But across the Delta state, we’ve got a swamp of small arms and slight weapons and that has intensified the situation in relation to violence. Akwa Ibiom is also experiencing a small scale influx of small arms in a way that should worry the Deltans.”

He said his commission had continued to engage security and intelligence agencies on how to manage these states while stressing that despite the few reported death cases during the presidential election, the figures could escalate if the situation is not properly managed by the security agencies who he also noted are not as equipped as the militias across the country.

“Nigeria had about 60 mortality rate during the presidential election compared to the over a thousand in 2011,” Mr. Odinkalu said. “You would say that is progress but I stand on the premise that no Nigeria life should be lost in an election and one life lost is too many and we should not congratulate ourselves for the low figure. If we don’t take time, we could encounter more casualties.”

“In the south East, Imo and Abia states are flashpoints. Things are very hot in Imo state, ditto in Abia state. In the south west, the most frightened state is Ekiti state. The stakes are high and escalated by amassing of militia for preservation of mandates and we have fears that lives might be lost. Ekiti does pose a significant challenge of violence in the governorship election. We don’t have Lagos on the scale we had it for the presidential election despite the hate speech attributed to the royalty. We don’t have Lagos on the violence scales as we have Ekiti.

“In the Middle Belt, Benue is our biggest worry. During the presidential election, we had about four deaths, and attacks on INEC installations in two local governments. In the North East, Bauchi state is the only state we have worries and we are hoping the politicians comport themselves well. The North West does not present us with huge concern as always. We look out for Kaduna state. It’s a kind of bellwether and also a boundary states between the north west and north central and the capital city of northern Nigeria and it’s so strategic that you’ve got to look for it.

Mr. Odinkalu, while commenting on the hate speech and anti-Igbo comment by the Oba of Lagos, Riliwan Akiolu, described the statement as “toxic nonsense” and revealed that the human right commission has received two petitions against the Oba.

“Lagos is the centrepiece of our economy and we’ve also at the commission received a complaint and another is on its way,” he said.

“But it’s toxic nonsense and I stand by it. We would like to trust the good sense of the people of Lagos. Lagos has been very hospitable to Nigerians and its proper that Nigerians should know Lagos well.”

APC jittery over imminent defeat in Lagos, Ogun, others – PDP