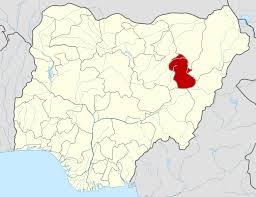 A member of the Gombe State House of Assembly, Umar Aminu, and eight others were killed when suspected members of the Boko Haram attacked Gombe on Saturday morning.

The insurgents who attacked Dukku and Nafada local government areas of the state were said to have killed the lawmaker, a member of the All Progressives Congress representing Dukku South Constituency in the parliament.

A source told the News Agency of Nigeria that the insurgents, who came from Yobe, initially attacked Shole, Birin Bolewa and Birin Fulani towns of Nafada and later attacked Dukku.

There was confusion in the areas as some voters left the polling units but others later returned to be accredited, the source said.

The source further said the insurgents left on the Dukku-Darazo road after the attack.

The Police Public Relations Officer in Gombe State, Fwaje Atajiri confirmed the report, adding that details of the incident would be given after investigations were completed.

“There was an attack on the outskirts of Nafada in attempt to disrupt the elections,” Me. Atajiri, a Deputy Superintendent of Police, said. “A joint team of military and police officer promptly moved to Dukku and pushed the insurgents to the bush.”

Mr. Atajiri said elections were going on in the area and other areas of the state as the Special Forces were in control of the situation.

Reacting to the death of his colleague, member representing Akko North Constituency at the State House of Assembly, Gidado Lawanti, described his death as unfortunate.

He described the deceased legislator as a friendly and nice person who went along with everybody.

Mr. Lawanti prayed for the repose of the soul of the deceased.

The deceased APC lawmaker was scheduled to seek re-election for his assembly seat on April 11.

Gombe has witnessed several Boko Haram attacks recently although it was never placed under a state of emergency like neighbouring Adamawa, Borno, and Yobe.

The insurgents, who had threatened to attack during the elections, have recently suffered heavy losses as the Nigerian military reclaimed several territory from them in the affected states.