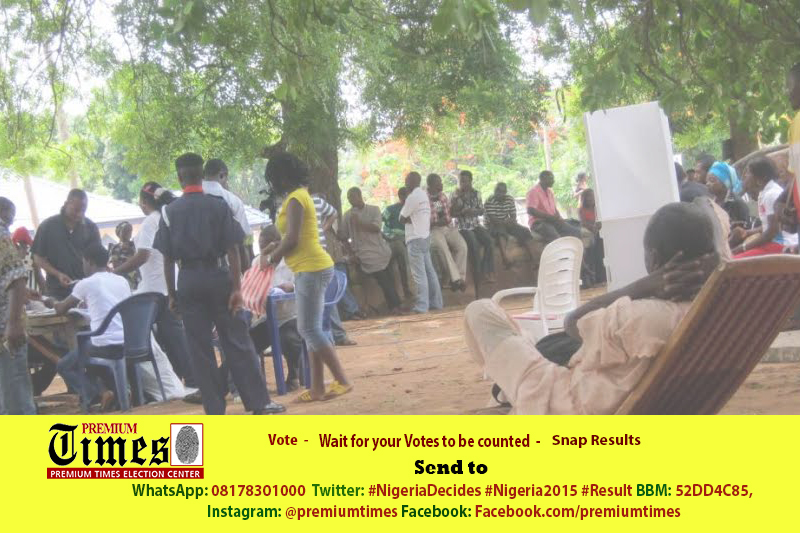 The PREMIUM TIMES Election Centre is a comprehensive resource platform for the elections.

It holds crucial election data but its greatest strength is its ability to live blog the elections and visualise election results in real time.

PREMIUM TIMES is renowned for its fast-paced and accurate reporting of events around Nigeria. It is also Nigeria’s leading event liveblogging site.

The election centre will showcase extensive reporting from experienced journalists at PREMIUM TIMES who are already fanning out to all parts of the country.

Our in-house reporting will be complemented by additional reporting from civil society volunteers while also crowd-sourcing dispatches from our stringers, sources and the general public.

The Centre shall provide professional updates on voting progress, incident reports, news and elections results as announced in polling units. It also provides useful resources for voters and researchers.

The centre’s live result database is planned to serve as a kind of reliable vote tabulation platform to be fed by polling units results across the country, making same available to the general public in near real-time.

Users are able to use the data collated on the platform to instantly see how the candidates are performing based on polling unit results entered into the system.

“We believe that results announced by INEC staff at polling units, in the presence of party agents and voters are the purest form of election results,” Musikilu Mojeed, PREMIUM TIMES’ Managing Editor, said.

Mr. Mojeed added that the Election Centre is one of the organization’s numerous contributions to upholding accountability and democracy in Nigeria.