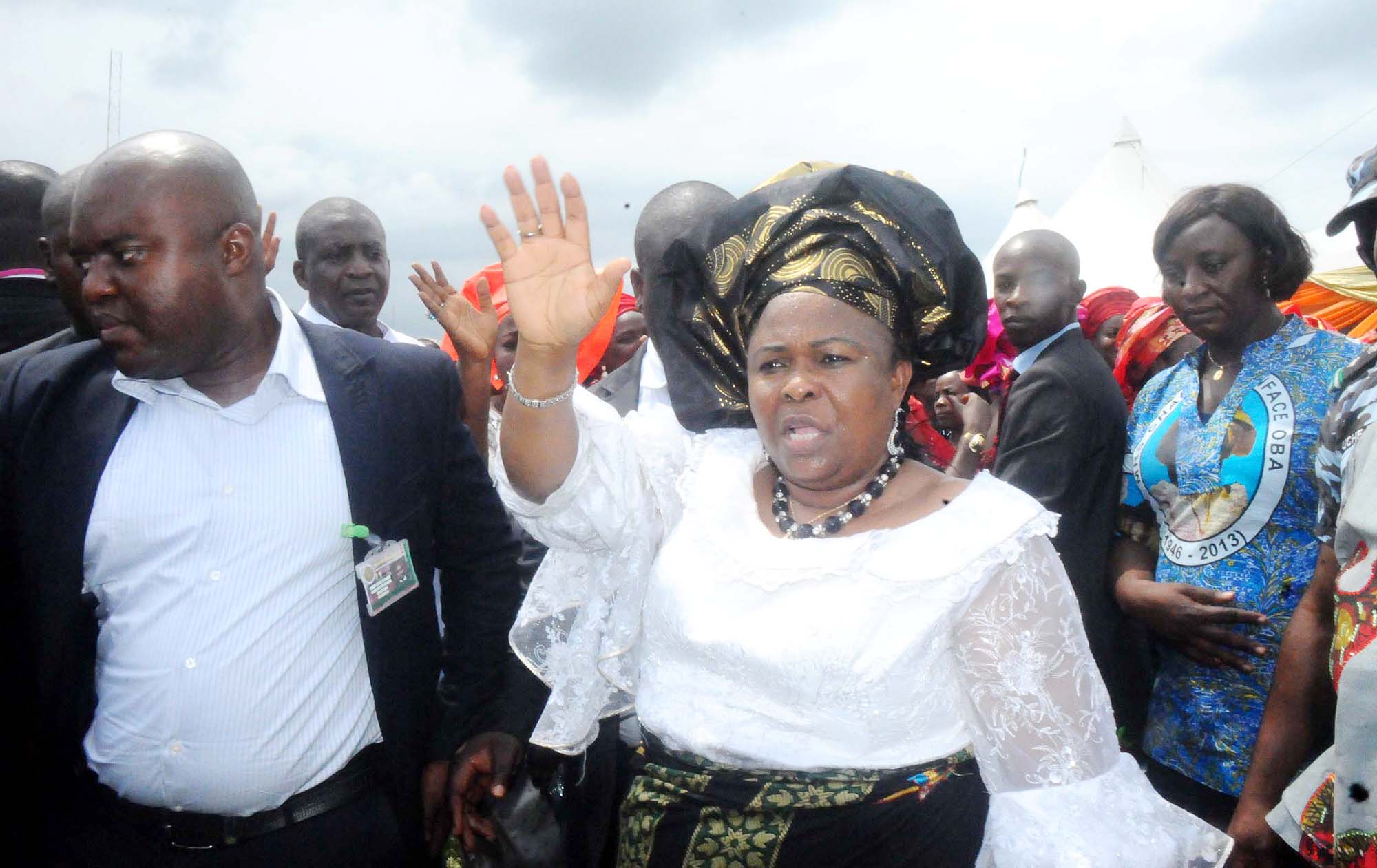 Retired female civil servants in Borno State have launched a scathing attack at the first lady, Patience Jonathan, over her broadsides on former military ruler, Muhammadu Buhari, and her comments regarding the violence in northern Nigeria.

The women, under the Forum for Retired Female Civil Servants in Borno State, particularly expressed outrage over Mrs. Jonathan’s repeated attacks on Mr. Buhari, who is the presidential candidate of the All Progressives Congress, President Goodluck Jonathan’s major challenger.

The women pointed at Mrs. Jonathan’s description of Mr. Buhari, 72, as a “brain-dead” old man.

The women said Mrs. Jonathan has no reason taunting the former general as she could be older, if she wears no make-up.

“Patience Jonathan is saying that Buhari is an old man and recently they stoned the convoy of Buhari’s wife. If Buhari is old, I believe that Patient Jonathan is not any younger than Buhari to say the fact because as a woman, we know how women hide their age behind make ups to look younger, therefore, we are saying enough is enough,” said Aishatu Ngulde, who spoke on behalf of the Forum.

The women said they decided to speak out because they had become irritated by the personality attacks by the ruling Peoples Democratic Party, PDP.

“They say we gave birth to children and throw them on the streets to become Boko Haram,” the women said.

The group also accused the wife of the president of not showing concern to the plight of Borno women, thousands of whom have become widows or have lost their children due to the ongoing Boko Haram conflict.

”The First Lady has never come to Borno state but we have seen her supporting even other countries; never has she come to see for herself what the Borno people are actually passing through. She only sits in Abuja and passes judgement on what she knows nothing about.”

Why I’m not visible in Buhari campaigns – Atiku